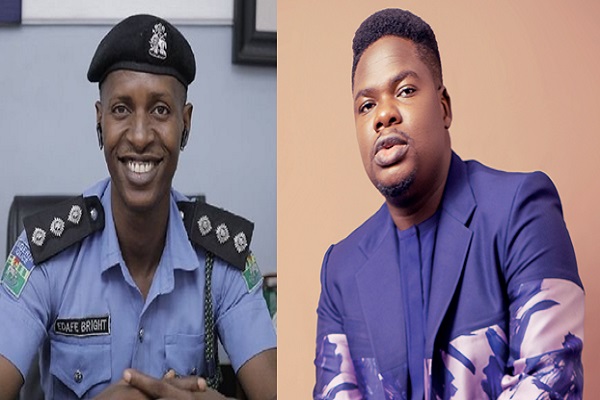 DSP Edafe reacted to a tweet by a tweep, simply identified as Akin Akinwale about media personality, Rinu Oduala.

The comic actor said PPROs are no different from their counterparts on the streets.

The popular skit maker took a swipe at Edafe over a tweet he reacted to on Twitter.

DSP Edafe had reacted to a tweet by a tweep, simply identified as Akin Akinwale about media personality, Rinu Oduala.

Akinwale tweeted: “If you ask Rinu to account for the EndSARS funds with her now she will start convulsing. O ri randu bi eni akara. LOOOOOOOOOOL.”

Reacting, the Delta PPRO wrote: “Oh oh oh now I understand why she is always after the police on Twitter…woah, that’s where her money is.”

Saddened by the Delta PPROs ‘conclusion’ about Rinu, Mr Macaroni compared him to the police on the street.

The 29-year-old comic act blamed the ‘recklessness of some police officers’ which has caused the elevation of many more oppressive elements who now assume the position of ‘demigods’.

He wrote: “Look at one of the Image Makers of the Nigerian Police. These PPRO’s are no different from the Officers on the street. The only difference is that these ones have twitter accounts and know how to speak small grammar.

“It is sad that due to the recklessness of some police officers, the system has elevated far more oppressive elements who now see themselves as demigods to manage the image of an oppressive Police force. May the people be free from this oppression very soon!”