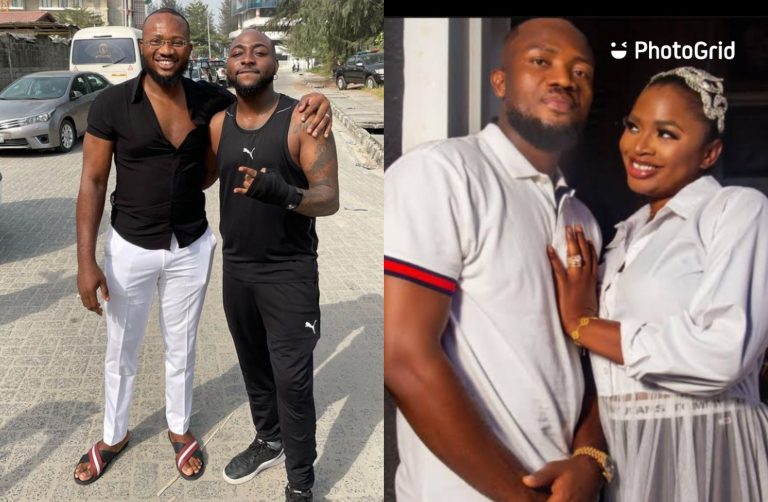 The Mansion of celebrity auto dealer, Ikechukwu Darry Ogbonna aka IVD has been burnt down.

According to reports, his wife, Bimbo Ogbonna burnt down the house over alleged domestic violence.

It was also gathered that the celebrity businessman narrowly escaped death after burning their home in Lagos.

Bimbo is currently in pain at a hospital after being almost burnt to death during the brawl with her husband.

It was gathered that the incident happened at their residence in Megamound estate, Lekki, Lagos, on Wednesday, October 12.

Sources said that Bimbo had confronted her husband over the constant beatings she receives from the gun, and a fight ensued.

The source, who called for help, rushed her and IVD to the hospital. Unfortunately, Bimbo was burnt beyond recognition.

Coming out to confirm the reports, Bimbo noted that she had lived in self-denial for 19 years as her family kept supporting her family to ensure that her husband rises. What she has gotten in return are serial cheating and beatings.

She revealed that IVD, who established himself as an astute businessman of many trades, had repeatedly pointed his gun at her in the presence of their kids, and the last she had was when he beat her because of his brother.

In another twist of event, Bimbo revealed that she had had an affair with a man after filing for divorce from her husband.

According to her, she met someone who attracted her romantically because of how he treated her and cherished her as well. She explained that this man had been calling her for a long time while her husband was travelling and would not have time.

She made it clear that her relationship with the man was not sexual, but she knew she liked him because he treated her with respect andwas always there for her when she was depressed.

Bimbo explained that her husband was trying to get her back emotionally, but it took a while before she could get him back because she was already in love with someone else.

Bimbo said he took her phone and saw the messages between her entangled lover and herself; he got angry and sent her and her children out of the house around 11 pm.

However, after his apology to her, the couple reunited and went on to celebrate 11years anniversary.