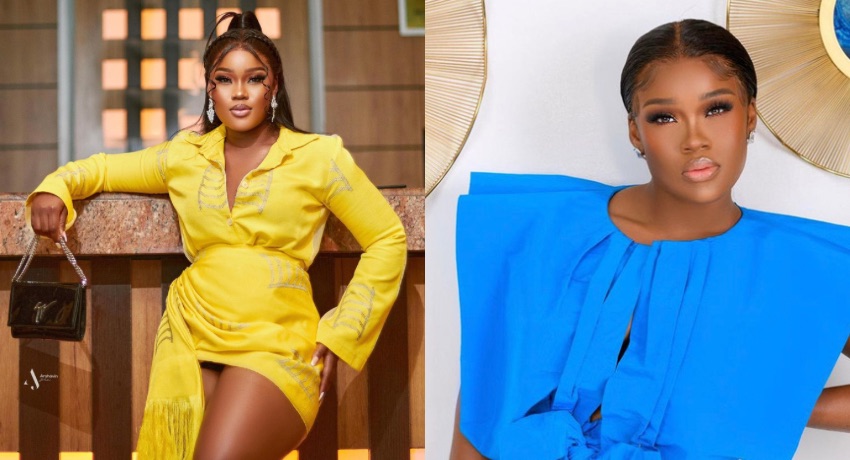 Former Big Brother Naija housemate, Cynthia Nwadiora, popularly known as CeeC has given an update to her followers about her life after being away from social media for a while.

The reality star has seemingly been away from social media for about two months and has been irregular for much longer but seems to be fully back.

CeeC who made her return to Instagram not too long ago revealed she is currently enrolled in the New York Film Academy, USA.

She shared this update on her Instagram page via a video. See the video below:

In other news, reality stay and actress Bisola Aiyeola has disclosed that her only regret is not passing through the four walls of a University.

Even though it is almost impossible to believe that she is not a university graduate because of her speaking prowess, Bisola Aiyeola disclosed that she still feels she is missing out on something.

“Till date, I still fill funny about not going to school, I feel like I missed out on a major part in life cos sometimes in gatherings when people talk about a school experience, I feel left out.

I wish I experienced for myself what it feels like to be in the four walls of the university but I feel good cos I have friends who have 2 or 3 degrees but are feeding today from their talent and skills and not using the degrees to fend for themselves of achieving their dreams.

I am okay talking about it now because God has blessed me, I don’t dwell on it.

I feel blessed for where I am today and if I probably went to school, I will probably not be in the entertainment world today”

Spilling further about being a single mum, Bisola Aiyeola in the interview said:

“… my daughter is a gift, such an understanding child. From young age, when she wants something I can’t afford and i explain it to her, she understands and doesn’t nag. Up till today, she is now 12, we handle my finances together.”

Watch: Cybernauts continue to drag Peggy Ovire for constantly ditching wedding ring as she steps out in new video