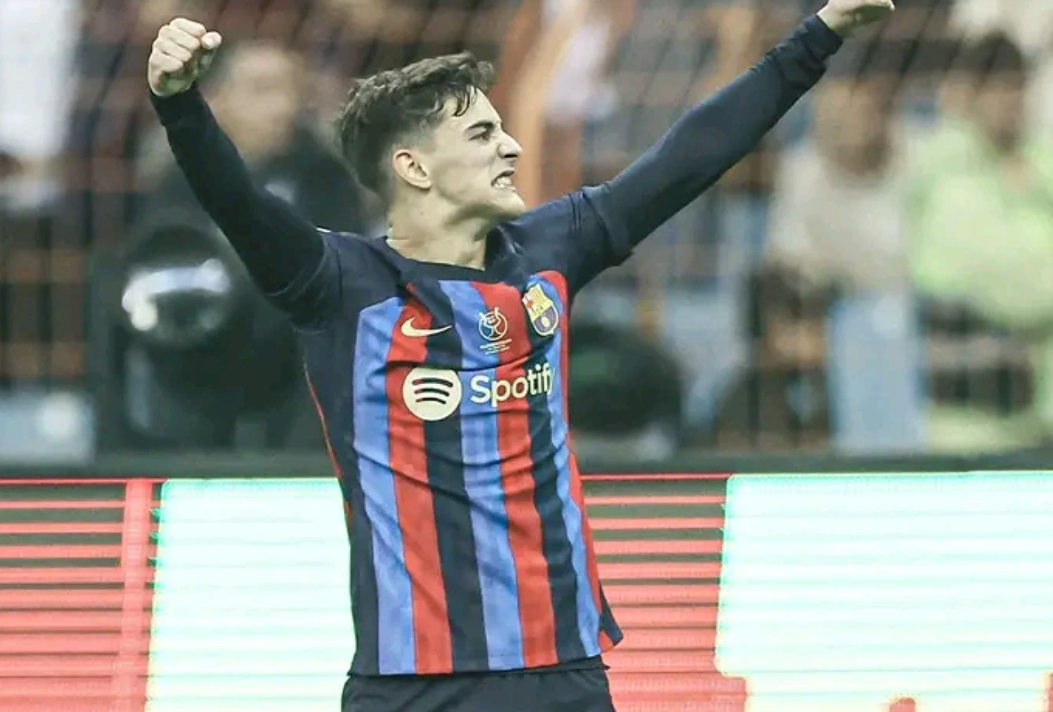 Last night, FC Barcelona youngster Gavi had a very good game as Barca defeated Real Madrid 3-1 in the Spanish Super Cup final, and after last night’s game I think that the young Spaniard is better than Cristiano Ronaldo.

The reason why I think that Gavi is better than Ronaldo is because of his performance last night against Real Madrid. Another reason is the fact that he also had a record over Cristiano Ronaldo last night.

Last night Against Real Madrid, Gavi scored a goal and provided two assists to win the Man of the match award, and him providing two assists in the game broke Ronaldo’s record at the El Clasico.

Gavi had two assists in an El Clasoco match which is more than Ronaldo’s one in his entire career, and for that reason I think that he (Gavi) is better than Ronaldo.

Kindly leave your comments in the comment section below.