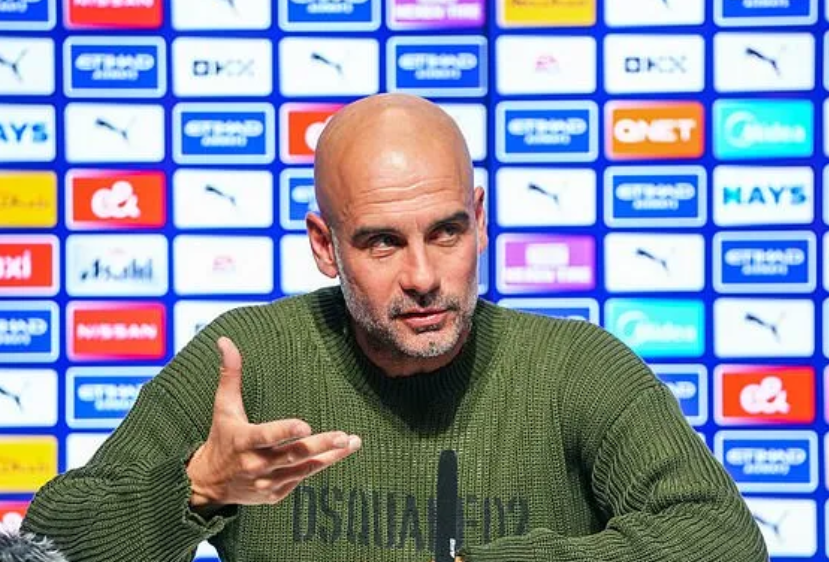 By Adam Shergold for MailOnline

Pep Guardiola has warned Erik ten Hag the only way he will survive at Manchester United is by delivering success.

The two former colleagues at Bayern Munich go head-to-head for the first time as United travel to Manchester City on Sunday afternoon.

And Guardiola said the sixth manager at Old Trafford since Sir Alex Ferguson retired in 2013 will only be given time if he wins enough games.

Pep Guardiola has warned Erik ten Hag he will only survive as Manchester United manager if he wins games and delivers success, as the pair go head-to-head for the first time

‘If United trust and let him build a team by giving him years and years, that will be welcome. I cannot say anything else,’ said Guardiola.

‘But he know, I know, everybody knows, that we depend on results.

‘I am still here at City because we won in the past. Otherwise I would not be here.

‘Erik knows it – and all the managers no longer there know it. If you cannot win with the big clubs, you don’t get time.

‘If you don’t win then you’re in trouble.’

Alarm bells were ringing when Ten Hag lost his first two Premier League games as United boss – 2-1 at home to Brighton and 4-0 at Brentford.

But they have recovered to win their next four – including notable home wins over Liverpool and Arsenal – before Sunday’s trip to the Etihad Stadium.

United have seen their last two league matches – away to Crystal Palace and at home to Leeds – postponed because of the death of Queen Elizabeth II.

It means their last game was the UEFA Europa League win away to Sheriff Tiraspol of Moldova back on September 15.

Ten Hag coached Bayern’s second team when Guardiola was in charge of the first team between 2013 and 2015.

The pair swapped ideas on tactics and training ground methods and have always been effusive in their praise of one another.

And Guardiola added on the eve of Sunday’s game: ‘The beginning was difficult, but after that they came back, put incredible energy in their games, and got the results.

‘That’s the best way to start to build – by getting results. They give you time to build what you want.’

On Friday, Ten Hag said he had no regrets about taking the United job instead of waiting to see if he was a candidate to succeed Guardiola at City.

Guardiola claimed back in April that the Dutchman ‘could be the one’ to follow him at the Etihad.

‘That’s a nice compliment,’ he said. ‘But I was 100 per cent convinced to choose Man United, with everything in it. I didn’t regret it for one second.

‘I admire Pep Guardiola a lot because he is not only successful, he is doing it in a certain way that really attracts people to football – that is really a reward.’

Cancer warning: ‘Haem’ in food can ‘damage’ the cells and increase risk of cancer