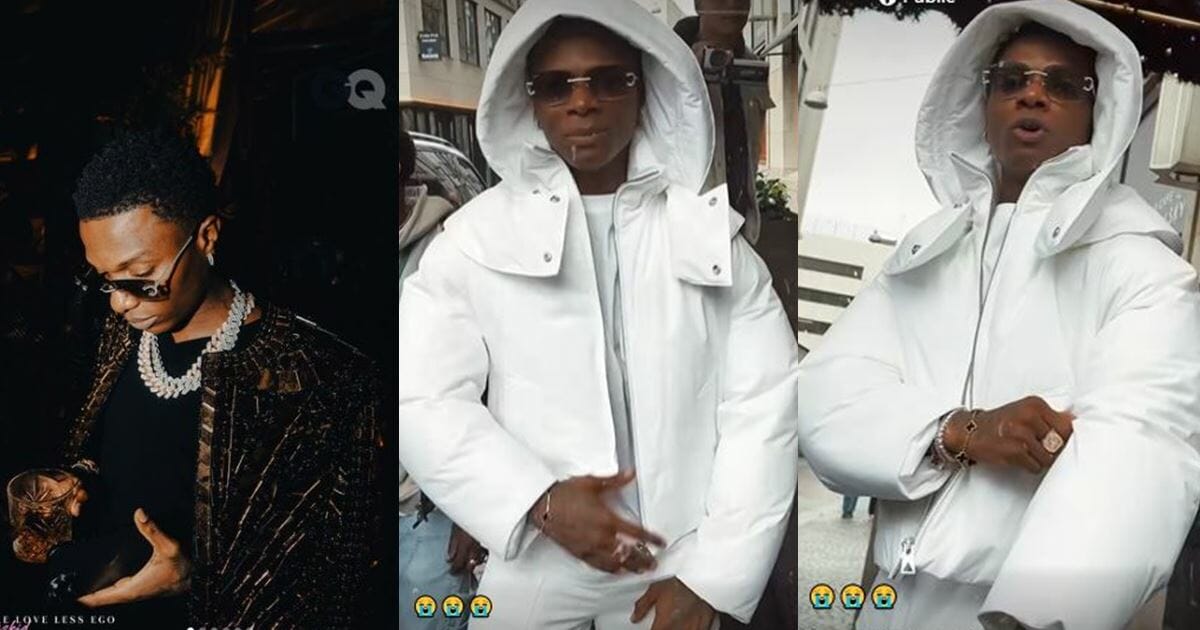 Cybernauts express worry over the looks of the Afrobeat singer, Ayodeji Ibrahim Balogun, popularly known as Wizkid in a recent clip that found its way to the internet.

In the video, Starboy could be spotted with his crew members as he donned a white coat; one that appeared like a winter coat.

The videographer opted to tease the crooner a bit by calling him ‘Daddy Snow’ which got him somewhat triggered as he began to put out poses while making some utterances that weren’t audible enough.

However, reacting to the video, some netizens held that the crooner has really emaciated and subsequently attributed it to substance abuse.

One Ezekiel Akpoefe Ebi on Facebook wrote: “Wizkid is not fresh at all, only God knows the type of drugs he takes”

Eonch B Dolo wrote: “Saw he standing like Tinubu “

Real Same wrote: “No hate. But he is too slim.”

Salvation Elisha wrote: “He doesn’t look good at all. He is now looking like zazzu pro max. He isn’t fine like he was before all these fame and money.”

Cee Jay wrote:  “Geez took me a couple of hours to realize dats wizkid…bro really needs to come down on smoke be looking a black dried mangala🙄😂🤣”

Mally Mills wrote:  “He be smoking cracks all day, look him lips ☹️”