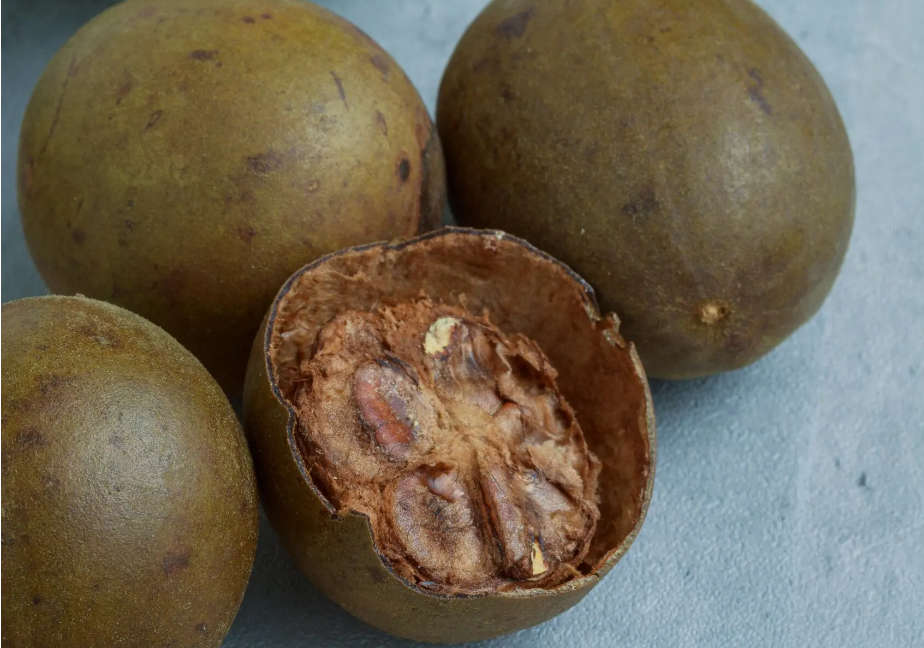 Monk fruit is a small melon-shaped fruit in the gourd family that serves as a natural sweetener and a healthy sugar substitute. Learn more about the benefits and uses of the fruit here.

One of the biggest sugar substitutes on the market is called monk fruit. Without a doubt, you have heard of this super-sweet sugar substitute aka Luo Han Guo. It has been used as a sweetener in Chinese medicine and cooking for centuries.

Monk fruit isn’t new. It’s been used in China and other parts of Asia for centuries. It wasn’t until health advocates started rallying behind it that it exploded into the mainstream market.

Despite popular belief, it’s natural and not genetically modified. It contains compounds called mogrosides that have 200 to 300 times more sweetness than table sugar. This makes it a viable alternative to sugar or artificial sweeteners that are found in most diet products. For this reason, monk fruit has become popular in low-calorie products.

What is Monk Fruit?

Monk fruit (siraitia grosvenorii) is a small, round, perennial vine fruit belonging to the gourd family. Examples of fruit in this family are Melons, pumpkins, squash, and cucumbers.

The extract from monk fruit is a natural sweetener usually used as an alternative to sugar. Since the fruit is perishable and becomes rancid quickly within a few days, it is usually processed into sweeteners to preserve its use. The fruit contains a compound called mongrosides which are responsible for the sweetness. Furthermore, it contains vitamins, flavones, saccharides, proteins, and essential oils.

Monk fruit is native to Southern China. This fruit is common only in south Asia because it requires some conditions like high rainfall and high humidity to grow. This region has distinctive elevations and conditions to support the plant.

According to history, this fruit was first cultivated by a monk named Luo Han Guo, which now doubles as the fruit’s name. Therefore, the fruit is called Luo Han Guo or Luo Han fruit. In the 1200s, this fruit was used for treating coughs, congestions, and colds. Even though it is now used to sweeten food, it is still a renowned fruit in traditional Chinese medicine.

Consumption of sugary foods and beverages has decreased due to the harm caused by refined sugar. With natural sweeteners, you don’t have to worry about extra calories, blood sugar levels do not rise, and side effects are minimized.

Monk fruit extract is one of the most effective sugar substitutes. It is a non-nutritive sweetener because it has zero carbs, calories, and sugar. These sweeteners reduce the harmful effects of traditional refined sugar, so it is used in the food, beverage, confectionery, and pharmaceutical industries as a sugar replacement.

Monk fruit gets fermented quickly and becomes inedible fast. The most effective way to deal with it is to turn it into something usable, like a sweetener. The extracts are processed within a few days of harvesting because of the perishable nature of the fruit. Fruits are crushed into juice in large quantities. After juicing, the compounds are separated and crystallized.

The sweetener can be in liquid, powder, or granule form. Interestingly, you can add the sweetener to anything ranging from fruit juice to candies, desserts, condiments, baked foods, and dairy products.

This amazing fruit is a great choice if you want zero sugar intake and still want to enjoy something sweet. It tastes different from sugar, so the taste of food with this sweetener may be different. Packaged monk fruit sweeteners have a longer shelf life than monk fruit itself.

The sweetness of stevia and monk sweetener is often compared. Are they really similar? Yes, both are natural sweeteners with no nutritional benefits. They have no calories and no carbs. Also, they have mogrosides, compounds containing elements like glycosides, mongroside IV, V & VI, and others. These compounds are responsible for the sweetness of the two fruits. They are both keto-friendly and diabetes-friendly because they have zero carbs and are sugar-free. The main difference between the two is that Luo Han Guo is a fruit, and Stevia is a leaf from a South American plant. In addition, stevia has a stronger aftertaste than monk fruit.

Is monk fruit safe for consumption?

Monk fruit sweetener is about 200 times sweeter than regular sugar. It has no calories, fat, or carb, so it is ideal for diabetes patients. It has a natural taste and serves as a safe alternative to sugar.

Since monk fruit sweetener is not artificial, it is considered GRAS (Generally Recognised As Safe) by the US Food and Drug Administration. This sweetener is a healthy choice if you want a natural great-tasting sweetener for your drinks and beverages. Here are some of it’s benefits:

Is Monk fruit sweeter than sugar?

Due to the mogrosides compound in monk fruit, the extract is about 200 times sweeter than regular sugar. It doesn’t taste exactly like sugar. It has an aftertaste that some people consider normal while others find it unpleasant.

What kind of sugar is in monk fruit?

Normally, monk fruit contains natural sugars such as glucose, fructose, and mongrosides. However, glucose and fructose are usually separated when it is processed into a sweetener. So, the sweeteners only have mogrosides and still maintain sweetness.

Is monk fruit good for people with diabetes?

Yes, it is a safe option for people with diabetes because it doesn’t raise blood sugar levels.

Of course, it is keto friendly because it has zero carbs.

What amount of monk fruit is equal to a teaspoon of sugar?

The fruit is about 200 times sweeter than refined sugar. Therefore, about ¼ gram of monk fruit equals 8 teaspoons of sugar. If it has been processed, about ¼ teaspoon of the sweetener equals 1 teaspoon of sugar.

How does it taste?

Considering that we’re talking about an alternative to sugar, you can’t expect anything less than a sweet taste; it is sweet but has a mild aftertaste.

Monk fruit becomes rancid very quickly, as previously mentioned. As a result, it is almost impossible to find the fruit itself at the grocery or local stores. It is the processed sweetener you will find. You can buy monk fruit sweetener in any supermarket close to you. In case you don’t find a store near you due to its scarcity, you can check online stores like Amazon or Walmart. Make sure you read the label carefully to find out what the ingredients are.

How to use Monk Fruit sweeteners

Just like sugar, you can add this sweetener to virtually anything. They are recognized as a safe alternative to table sugar. You can add monk fruit sweeteners to yogurt, coffee, smoothies, salads, cereals, hot tea, frostings, salad dressings, lemonades, and more.