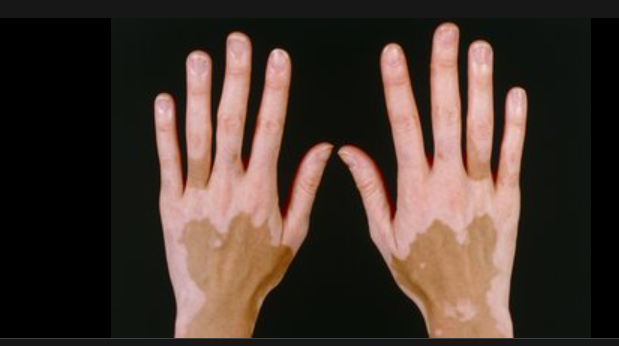 A skin pigmentation disorder called vitiligo causes white or bright spots to appear on the body. Discoloration occurs when the cells that give the skin, hair, and eyes their colors stop functioning. Experts suggest that a variety of factors, including inheritance, autoimmune, stress, skin injury, and chemical exposure, can contribute to vitiligo. Vitiligo, on the other hand, is a skin disorder that impacts people of different races and skin tones. Although vitiligo can develop at any age, it is more frequent in people under the age of 30. Depending on the type of vitiligo you have, it can impact almost all skin tones. According to Clevelandclinic, this article will show you some common causes of vitiligo on the skin and how to stop them from spreading.

According to studies, there is a strong association between vitiligo and other autoimmune diseases, such as those that affect the thyroid gland. People who already have an autoimmune disease, such as psoriasis, lupus, Hashimoto’s disease, rheumatoid arthritis, type 1 diabetes, or hypothyroidism, are more prone to develop vitiligo.

In people who are genetically predisposed to the condition, stress, a severe sunburn, skin trauma, or exposure to a potent chemical appear to be the catalysts for the onset of vitiligo.

Variations in more than 30 genes, according to experts, have been linked to a higher risk of vitiligo. It is believed that genes like the NLRP1 gene and the PTPN22 gene contribute to the vitiligo development.

According to study, areas where there has been a lot of sun exposure and severe sunburns are more likely to develop vitiligo (commonly on the face, neck, and hands). Vitiligo may be more prone to manifest themselves following trauma to the skin, such as a deep cut or persistent rubbing, friction, scratching, or pressure.

The development and advancement of vitiligo have been related to stressful experiences or ongoing emotional and physical stress, particularly in patients who are genetically prone to the disorder.

The hormonal changes that take place when a person is under a lot of stress are assumed to be responsible for the skin changes, at least in part. According to research, autoimmune disease has also been linked to trauma and other life stressors.

Skin degradation carried on by chemical exposure is known as vitiligo. Researchers at the University of Florida’s School of Dermatology claim that exposure or inherited factors may increase cellular stress in melanocytes or lower the immune system’s stress threshold.

Chemicals that are frequently present in adhesives, cleaners, paints, insecticides, and other products could contribute to the vitiligo outbreak. One of the substances that has been researched is monobenzone, which is found in cosmetic colors, leather, and rubber.

Below are some ways you can use to Stop Vitiligo from Spreading according to Mayoclinic.

A reddish-brown color called vitiligo develops on body regions that are exposed to sunlight. If you have vitiligo, it can be considered that the sun’s dangerous ultraviolet rays are to blame (UV). Apply sunscreen to all of your body’s exposed skin as a precaution.

Of course, wearing clothes shields you from the sun, especially if they are made of certain materials (such as denim). Wear long sleeves; light-colored ones are especially ineffective in blocking the sun.

— Avoid direct exposure to the sun.

Try as much as possible to avoid spending too much time under the sun. Additionally, keep out of the direct sun during the day.

— Avoid getting a tattoo.

If you have had a tattoo that has harmed your skin, vitiligo can develop within two weeks. Consequently, avoid getting a tattoo.