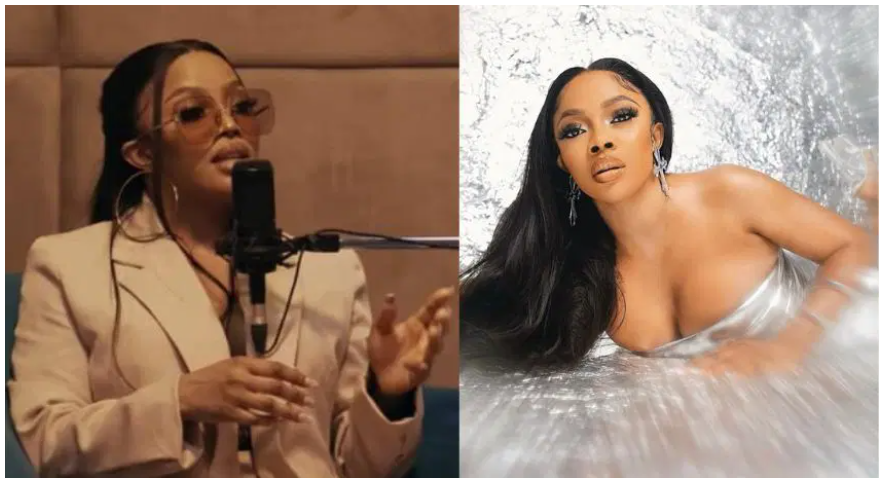 The entrepreneur revealed that she was robbed of her valuables in London three days after she attended the wedding of Nollywood actress, Rita Dominic in North Yorkshire, England.

Taking to her Instagram story hours ago, she described the incident as the most traumatic experience she has ever had, adding that watching the CCTV footage is devastating. She wrote:

“Thank you so much for all your calls and messages. Probably the most traumatic experience I ve had and watching the CCTV of how I was robbed is devastating but thank God no physical harm was done.”

“Material things, however, steep, can and always will be replaced. Thankful that’s all they took. It’s not how I wanted to begin December but life is lived forward and understood backwards. It will make sense someday.”

Recall this is coming after actress Damilola Adegbite was robbed of her valuables in London as well as singer Yemi Alade who was robbed in Abidjan, Cote d’Ivoire where she went to perform over the weekend.

Yemi took to her Instagram page to lament how thieves got into her hotel room, ransacked her belongings and stole all the money they could find. She wrote:

“A few minutes after I left my room, some unknown people decided to go through my things and steal: all the money they could find. Very good.”

Sabinus reacts to claims of his property worth following trends of his new mansion, customised pool —VIDEO