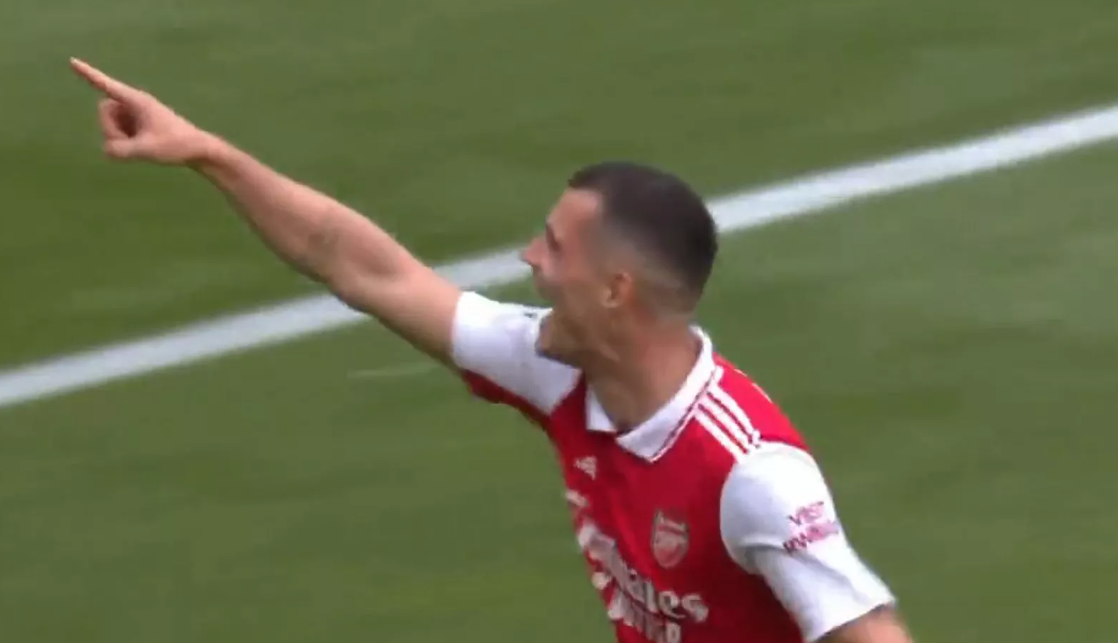 Arsenal are purring at the Emirates Stadium as they find themselves 3-1 up against bitter rivals Tottenham.

The Gunners have been magnificent so far in the tie and have now pounced on a Spurs red card after Emerson Royal was sent off in the 62nd minute.

Five minutes later, Arsenal had their third of the game through Granit Xhaka, who finished off a lovely team move with a low finish past Hugo Lloris in the Tottenham goal.

Arsenal will go four points ahead of Man City with a win today and so far, it is looking very good.