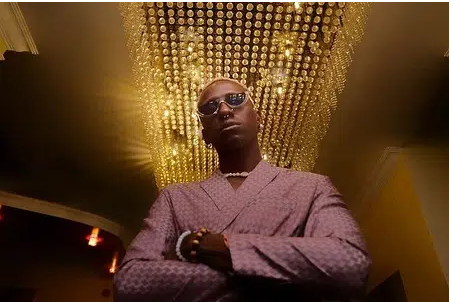 Watch Video Of Hermes As He Receives Cash & Lots Of Gift From Fans: Fans of the beloved BBNaija Level Up show, Hermes Iyele, mesmerized their favorite ex-housemate with mouthwatering gift items.

The reality star who left the show some days ago following an eviction termed unfair by viewers was welcomed with open arms by his fans.

Hermes was showered with loads of gift items which include cash gifts, music boxes, shoes, photoframes, cakes, and many others.

The reality star who was overwhelmed by the gesture of love expressed his undying appreciation to his beloved fans who made the day possible for him.

Watch the video below …

Like Loading...
Related Topics:Watch Video Of Hermes As He Receives Cash & Lots Of Gift From Fans
Up Next