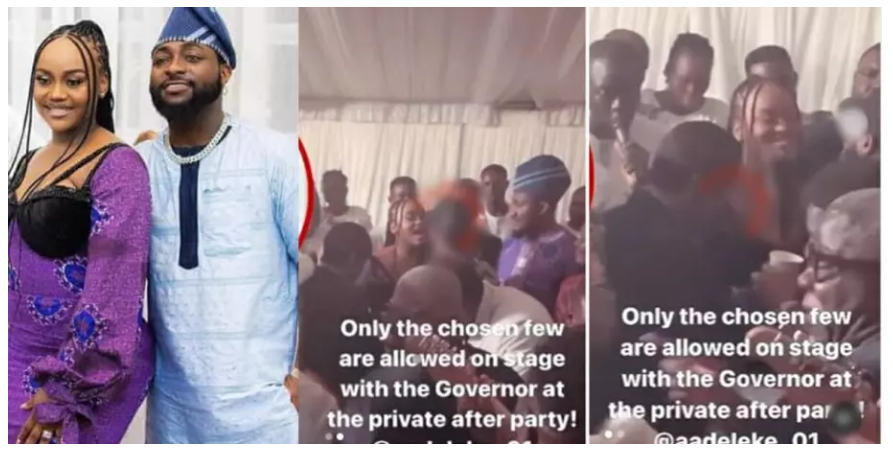 Fans drool over a rare and admirable video of the highly-rated music star, David Adeleke, also known as Davido rocking the dance floor with his lover, Chioma Avril Rowland following a successful swearing-in ceremony of Ademola Adeleke as the executive governor of Osun State.

Chioma and Davido made their first appearance on Saturday, 27th November following the death of their only child, Ifeanyi and subsequently got a lot of Nigerians jubilating once more.

Videos from the singer and his lover’s moments have flooded all over social media with cybercitizens dropping sweet comments.

In a recent clip, Chioma and Davido who were in the midst of people who turned up for the private party could be seen dancing together amid bliss.

This happens to be one of the happiest moments of the couple following their bitter tragedy.

Fans who were moved by the clip took to the comment section to leave some sweet remarks.

Check out some comments below: