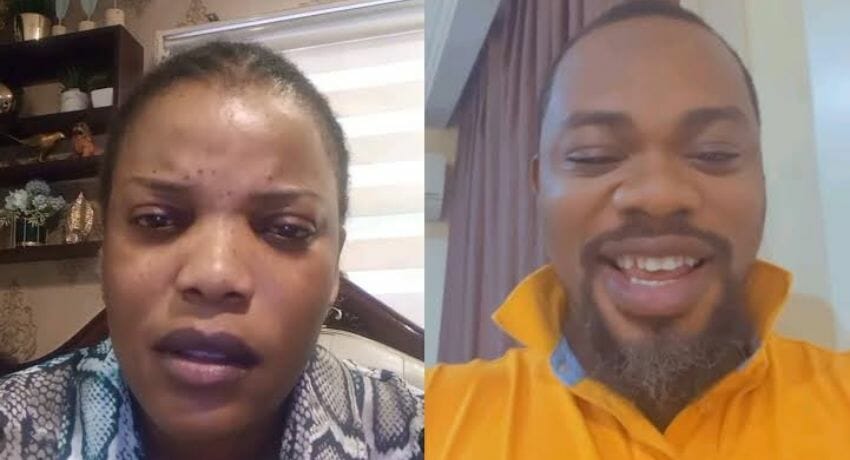 UPDATE: Empress Njamah’s Alleged Fiancé Tells His Side Of The Story: A man claiming to be actress Empress Njamah’s fiance has made some damaging claims about the actress while disclosing that his engagement to her is over.

On Thursday, Dec 15, a video of Empress Njamah displaying an engagement ring with the caption “finally off the market” was shared on Instagram.

Friends and celebrities trooped to the comment section to congratulate her on her engagement.

However, the engagement had already been called off before the post was made.

He reached out to Linda Ikeji’s blog allegedly before making the post to reveal that he proposed to Empress on August 18, 2022, with a ring worth $49,800 and they were to get married in February but he ended the engagement over alleged infidelity and fraud.

He alleged that Empress duped him of his money and was also cheating on him with other men.

Josh Wade claimed that Empress collected money from him under the guise of investing in oil business, but she was giving the money to another man she was allegedly in a relationship with.

He claimed to be in possession of a sex tape between Empress and the man, who was allegedly blackmailing her to get money from him.

However, when in a previous video Empress revealed that Wade gained access into her life when she was vulnerable from the death of Ada Ameh and he took advantage of her vulnerability to allegedly dupe and blackmail her.

She admitted that Wade has an intimate video of her but says he is the one in the video with her, not another man as he claims. She said he filmed it in her house without her knowledge but hid his face.

Empress also admitted that he beat her and abused her in her home and she was his victim until she worked up the courage to run.

She also stated that the appropriate authorities are now involved because Wade, who is a Liberian, allegedly does the same to other Nigerian women he perceives as wealthy. Empress claimed she saw some damaging videos of her colleagues with him.

See chat and videos below: