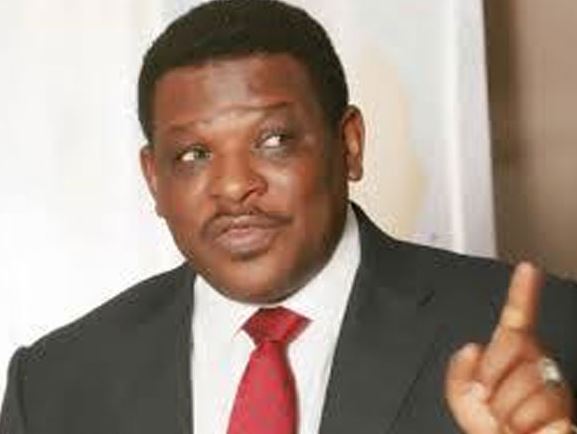 Minister of state for power, Goddy Agba has disclosed that the unstable power supply recorded in the country is sometimes caused by sabotage and not necessarily a system collapse.

Agba made the claim during the investigative hearing of the house of representatives committee on power in Abuja on Thursday October 20.

The Minister also noted that some of the blackouts came from a trade union matter in the power supply structure.

“In September, there was a blackout nationwide for a short while and some youths were seen on social media switching off the system.

“That was not a system collapse. That was deliberate vandalism. In fact, it was sabotage.

“How can young men go and switch off the light, thereby putting the nation in blackout just because of some grudges.”

He added that there’s been significant and sustained improvement in grid stability with every passing year.

Joy Ogaji, Executive Secretary of  the Association of Power Generation Companies, on her own part blamed the unstable power supply in the country on obsolete infrastructure and excessive volatile load.

Ogaji revealed that some of the equipments used in the Nigerian power sector are over 25 years old.

“The instability and unavailability of most transmission lines are other problems.”

Ogaji further revealed that the improvement recorded in power supply is because generation companies’ machines are now being used to manage the grid, contrary to the grid code provision.

She concluded by revealing that 97 percent of the time, the grid was on high frequencies.

I Was Smuggled Into Tinubu’s List – CAN Member Opens Up