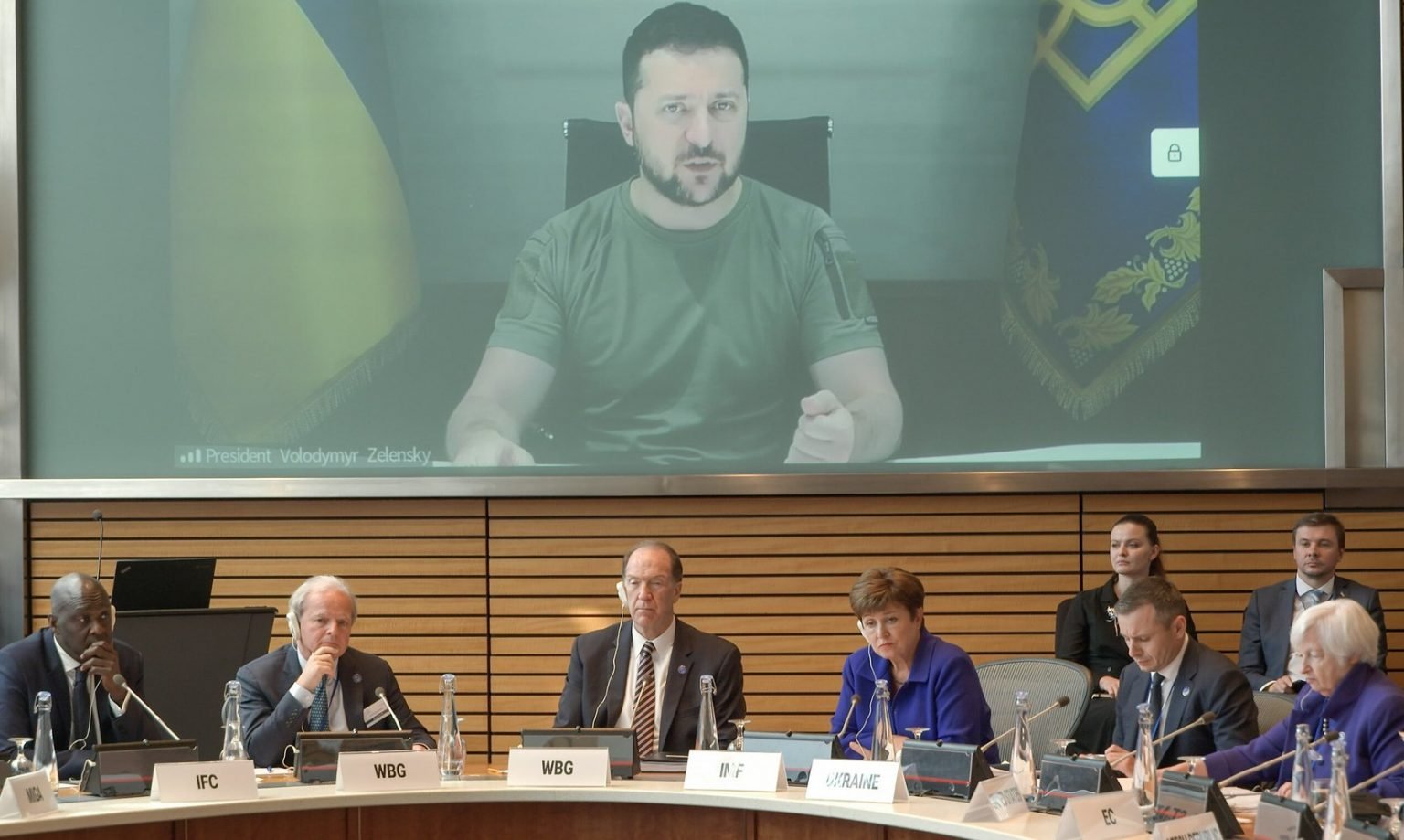 Ukraine will need a staggering $349 billion to fix the destruction and devastation as a result of Russia’s invasion.

WBG President David Malpass gave the evaluation on Wednesday at the 2nd Ministerial Roundtable for Support to Ukraine.

The parley was one of the high-level talks at the ongoing World Bank-International Monetary Fund Annual Meetings in Washington D.C., United States.

Malpass noted that after eight months of the war, the Ukrainian people and their leaders remain determined and resilient.

The American expert expressed his shock by Russia’s actions, the loss of lives, livelihoods, and the economic turmoil the war has unleashed.

Malpass said the World Bank and its partners stand with the people of Ukraine as they deal with increased deadly attacks nationwide.

The President declared that the country’s crave for recovery and reconstruction is massive and growing.

“The World Bank, the European Union, and the Government of Ukraine released a Rapid Damage and Needs Assessment that estimated Ukraine’s recovery and reconstruction needs at $349billion.

“That amount is one-and-a-half times Ukraine’s pre-invasion GDP,” he told a global audience.

The analyst announced that more is needed to repair roads, bridges, homes, schools, clinics, and energy supplies as winter sets in.

The World Bank has mobilized $13billion for Ukraine in emergency financing, including grants and guarantees.

Parallel financing was received from America, the United Kingdom, European countries, and Japan. Around $11 billion have been disbursed.

You Made Me A Millionaire, I Lack Nothing Because Of You – Rita Daniels Hails Regina (Video)