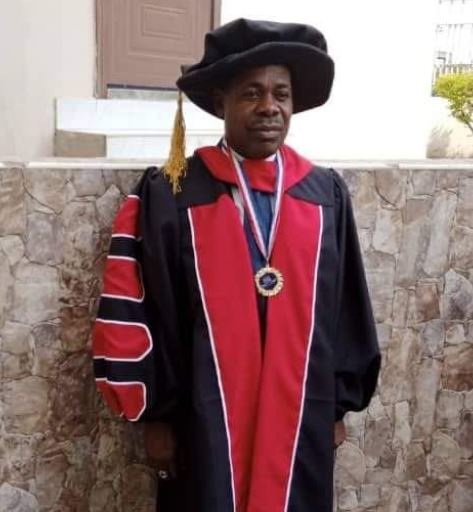 The convoy of Prof Okey Reuben Okechukwu, the provost of the newly established Federal College of Education, Technical, Isu, in Onicha Local Government Area of Ebonyi State, was ambushed by unknown gunmen.

The incident happened on Thursday, October 20, 2022, near the boundary of Isu Onicha Local Government Area and Agba in Ishielu LGA of the State.

It was gathered that the Professor was in a Mercedes SUV with registration number: ABJ371 TS leading a convoy of about five vehicles from his office at the temporary site of the college in Isu back to Abakaliki, after close of work when the incident happened.

Also in the car with the provost was the Librarian, Mr Lawal Shuaibu, a police orderly, two aides to the provost and the driver.

Eyewitnesses said that the incident occurred when the convoy was moving on the Agba bridge, where sand sacks were used to block the road.

“A young unarmed man sprang out, waving down the car, while suddenly a group of armed men trooped out from a nearby bush aiming at the car,” the witness narrated.

“As the driver attempted to reverse, they opened fire on the provost’s car and the car swerved into the bush. The first gunshot hit the Librarian, Mr Shuabu at the back of his neck, while the second wounded the driver.

“While inside the bush, the occupants of the car opened the doors and ran for their lives as another bullet hit Mr Shuaibu again in the shoulder and he fell down crawling away.

“The driver who found a track road met another group who mobbed him with stones and sticks till the sudden arrival of a team of policemen from Isu division of the Nigerian Police, who rescued and took him to a hospital at Isu.”

According to another witness, the third vehicle in the convoy was a Toyota Camry conveying some staff of the college; the car drove very near to the scene and received a gunshot that blew off one of the front tyres but knock down one of the assailants while reversing to Isu community.

“Fortunately, the police teams combed the bushes and rescued the provost, the librarian and the police orderly while the other two Aides to the provost escaped through the river to Agba Community from where they were assisted back to Abakaliki.”