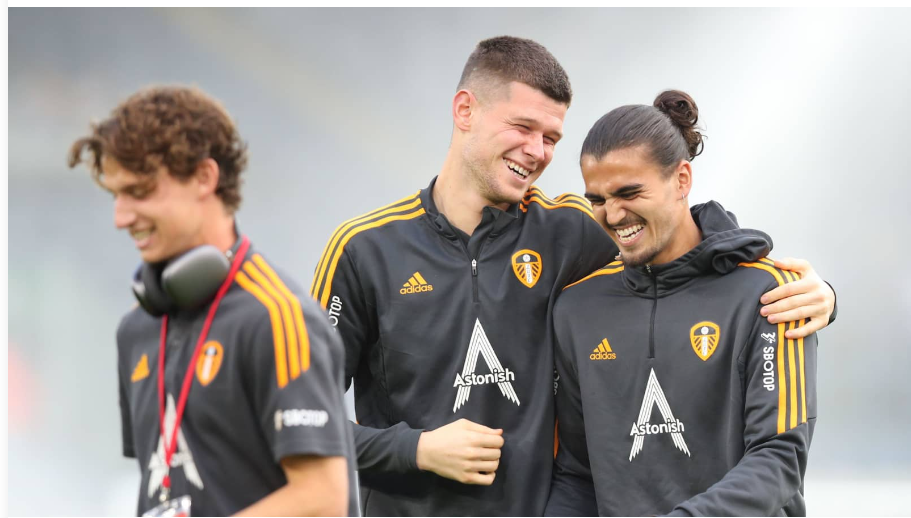 Man Utd and Tottenham are both sizing up Leeds United’s new most valuable asset, and how the Whites will respond has been revealed.

Prior to last summer, the question of who was Leeds’ most important player had two possible answers. Raphinha and Kalvin Phillips were outstanding performers during their time at Elland Road, though both departed for pastures new in July.

The pair generated just shy of £100m in fees (prior to add-ons), with the bulk of that money quickly being reinvested wisely.

The Likes of Tyler Adams, Marc Roca and Brenden Aaronson have all hit the ground running. However, according to the Athletic’s Phil Hay, it is Illan Meslier who is now Leeds’ most valuable asset.

The 22-year-old has been Leeds’ regular starter since displacing Kiko Casilla and is viewed as a future France international.

Indeed, he has 11 caps to his name at Under-21 level and current senior starter, Hugo Lloris, is in his mid-thirties.

Meslier could succeed Lloris for France and the idea of that scenario unfolding at Tottenham too has been floated.

Hay recently confirmed Spurs are mulling a swoop in 2023. However, they’re not the only ‘big six’ side looking to replace an ageing superstar with Meslier.

Manchester United too have been linked with Meslier amid doubts over David de Gea’s suitability to Erik ten Hag’s system. Jordan Pickford and Emiliano Martinez have also been cited as targets.

Leeds “will look at” Meslier situation

Now, speaking to GiveMeSport, Sky Sports reporter, Tim Thornton, has outlined what Leeds’ response to interest in Meslier will be.

Thornton stressed Meslier should be in no hurry to up sticks and leave given how rapidly his career is developing at Leeds.

Furthermore, the reporter claimed Leeds will eventually look to agree a contract extension, but for the time being, aren’t in any rush. Meslier’s current deal – agreed in August, 2021 – doesn’t expire until 2026.

“I think for him, it’s all positive because he’s playing at a big club, developing, getting better and he’s certainly improved a lot,” said Thornton

“He’s tied down to a deal so I don’t think there’s any reason for concern.

“Obviously, as time moves on, it’s probably a situation that Leeds will look at.”

Indeed, he flapped at several crosses in the 0-0 draw with Aston Villa on Sunday, while his distribution can also be suspect at times.

However, according to former Leeds centre-back, Matt Kilgallon, Meslier is the “best in the league” at one aspect of goalkeeping.

“Yeah he came out waving a few times, didn’t he. But do you know what I like about him, he’ll come out again,” he told BBC Radio Leeds.

“And he did, and he caught one in the second-half. That’s what I like about him. You can tell he’s a confident lad. His one-on-one saves, he’s probably the best in the league in my opinion.”

Meslier twice denied Ollie Watkins in one-v-one situations to preserve the stalemate. But whether he’s the best in the league in that department is clearly open to debate.

Liverpool’s Alisson Becker would certainly have a thing or two to say on the matter.