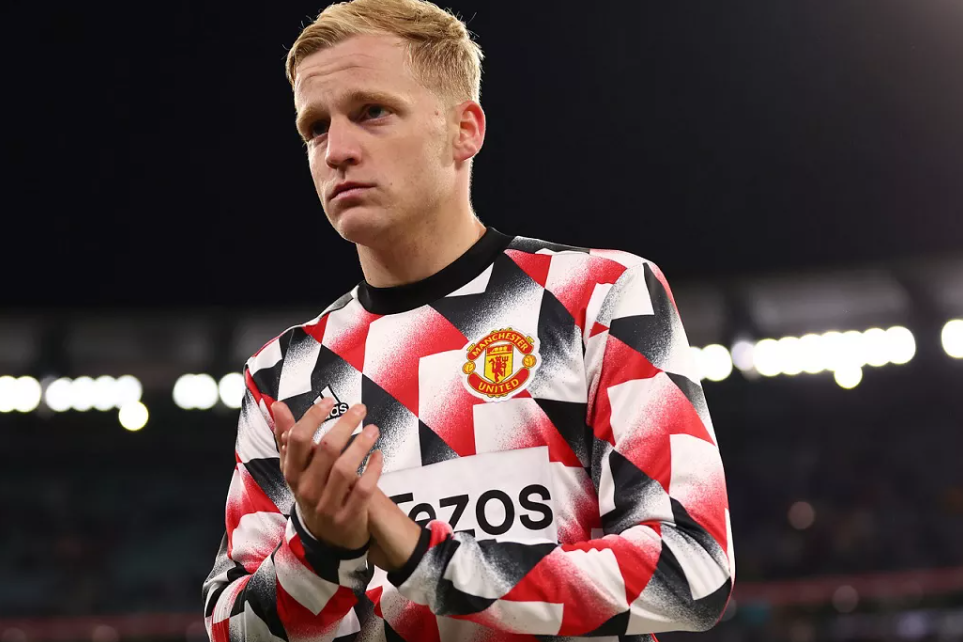 According to 90min, Manchester United are willing to let Donny van de Beek leave the club.

Since signing from Ajax, van de Beek was expected to make a huge impact at Man United but with limited first team opportunities and a loan period at Everton last season, van de Beek has failed to make an impact.

With the arrival of Erik ten Hag, van de Beek was expected to revive his Man United career having played under the Dutchman at Ajax previously but ten Hag has preferred new signing Christian Eriksen and Scott McTominay instead of van de Beek.

A report in the 90min has claimed that Man United have informed van de Beek that the club will not stand in his way if he wants to leave in the January transfer window, also giving him the option to stay if he wants and fight for his place.

Van de Beek will not be short of suitors in the market with former club Ajax and their rivals PSV Eindhoven interested in signing the Dutch international midfielder.

Man United’s new expensive signing Casemiro has failed to seal a place in the starting XI yet which makes it more difficult for van de Beek to win a place in the team. He has fallen further down the pecking order. Casemiro’s Brazilian teammate Fred is another option which has often been preferred ahead of van de Beek.

The 25-year old midfielder’s career has stagnated since leaving Ajax in 2020 and he desperately needs a move away to get it back on track.