Liverpool lock onto another exciting Colombian talent available for £10million, while Manchester City plot a new Erling Haaland decision – both in all the latest Transfer Gossip.

Chicago Fire attacker Jhon Duran is reportedly on Liverpool’s transfer radar, with the Reds willing to move quickly for the Colombian rising star.

Liverpool have a recent history of making eye-catching attacking signings who have slotted in brilliantly. Sadio Mane started that trend in 2016, with Mohamed Salah adding to it in 2017.

More recently, Diogo Jota, Luis Diaz and Darwin Nunez have refreshed the Liverpool attack and brought the average age down. 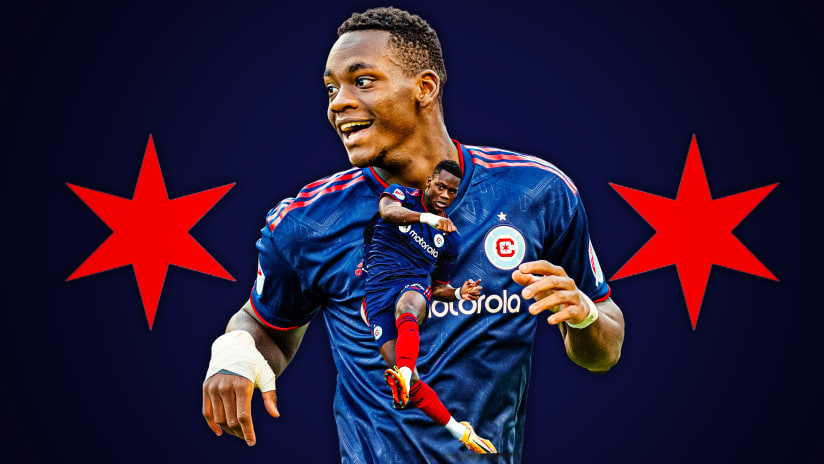 And Colombia star Diaz, signed as Mane’s replacement on the left wing, has particularly caught the eye following his January transfer from Porto.

According to The Sun, Liverpool are now eyeing his fellow countryman Duran, who has emerged as a talent at Chicago Fire.

The 18-year-old has broken through impressively in MLS, scoring six goals and assisting five others in 25 games this season. That led to Duran making his senior Colombia debut in the most recent international break.

And after that, Liverpool could move ‘quickly’ for the winger, who also has transfer interest from Chelsea.

Furthermore, The Sun reports that Spanish and German clubs are also keen on Duran, hence Liverpool’s potentially fast approach for him.

The Chicago star would reportedly cost £10million plus add-ons, which has not put any of his suitors off.

Duran made his Colombia debut with a 45-minute appearance against Guatemala, before enjoying a brief cameo against Mexico.

His contract with his MLS employers runs out in 2024.

Manchester City could soon hand Erling Haaland a new contract with an increased wage if his current form carries on, a report claims.

City won the summer race for the Norwegian striker sensation, who in fact used a points-based system to carefully choose his next move.

And he has not looked back since joining Pep Guardiola’s ranks. After nine goals in 14 games in all competitions, he has added a deadly new dimension to City’s attack.

And according to the Daily Star, Man City are thinking about rewarding him with a new contract.

Indeed, they could rip up his current terms and hand him a bumper new wage to reflect his importance and reliability in front of goal.

Haaland has scored 11 Premier League goals already and is showing no signs of slowing down.

Intriguingly, his father, Alf-Inge Haaland, has revealed in a new documentary that his son does not plan on defining an era for Man City.

He said: “I think Erling wants to prove his abilities in all leagues. Then he can stay there [Manchester City] for three or four years at the most.

Haaland signed a five-year deal at City when leaving Borussia Dortmund this summer.

The 19-year-old defender is currently rising through the Toffees’ youth ranks, playing a leading role for their Under-21s.

And he played in Everton’s Carabao Cup win over Fleetwood earlier this season. Welch also made the bench for the Premier League clash against Leeds in August.

As such, there are high hopes for Welch at Goodison Park and The Athletic reports that Everton are edging towards handing him a well-deserved new contract.

Welch is also looking to impress on the international stage. He made three appearances for England’s Under-20s in the recent international break.