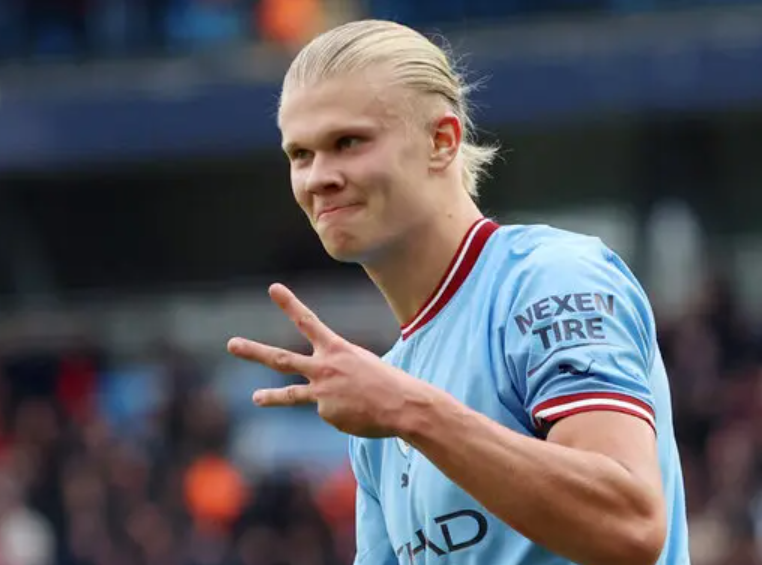 Manchester City superstar Erling Haaland is working at convincing Jude Bellingham to snub Man Utd and move to the Etihad, Liverpool are ready to move for a Belgian ace in January, while Monday’s Transfer Gossip lists the four men in contention for the Wolves vacancy.

The teenage midfielder finds himself one of the world’s most-sought after talents. And with talk of a 2023 transfer away from Dortmund heating up, demand for Bellingham is likely to be vast.

Indeed, the likes of Liverpool and Real Madrid are likely to be at the front of the queue for the 19-year-old. His fee could fetch up to £100m, though reports claim a deal can it could done for just £83m if one condition is met.

However, many feel it will be Manchester United who will lead the charge for his signature.

With Erik ten Hag’s side clearly in need of something extra, Bellingham will reportedly be one of two top stars they target in 2023.

But there appears to be a new name in the race to sign Bellingham too in the form of Manchester City.

Per The Sun, it is City who are convinced they can win the race for his signature.

Pep Guardiola is a confirmed admirer of Bellingham after witnessing at close hand what he is capable of.

Speaking after City’s recent win over BVB in the Champions League, Guardiola beamed: “I was impressed when he was 17. Imagine (what I think about him) now that he’s 19!

“Bellingham) grew up so (much). Defensively, he’s able to follow (Ilkay) Gundogan or Kevin (De Bruyne) in the pockets and win the duels.

“So he’s an exceptional player. I think everyone knows it. Not because the manager of Manchester City is going to tell you. Everybody knows it.”

And in an effort to lure him to Etihad, it’s reported that Haaland has already spoken to Bellingham about joining him in the blue half of Manchester.

And CBS reporter Ben Jacobs is convinced that Haaland’s influence could be key in steering Bellingham away from Man Utd and towards Man City.

“You’ve got Manchester City, who haven’t yet moved but are very keen on the player and Erling Haaland has directly told Jude Bellingham that it would be a good move for him,” Jacobs told GiveMeSport.

“How much weight we put behind that remains to be seen. There will be other players, for example in the England camp, that have no doubt spoken to Bellingham about their respective clubs as well.

“One player telling another player to come and join isn’t always a big deal. But the fact that they were teammates and they get on could be a decisive factor as well.”

Indeed, that factor alone could be enough to persuade Bellingham over his next move. The two men played 63 times together at Dortmund, striking up an excellent relationship both on and off the field. Indeed, they provided a combined 14 goals for one another (seven assists apiece) in those games.

Liverpool are ready to make a new approach to Leicester to sign Youri Tielemans in the January window, according to reports.

The classy Belgian star will enter the final six months of his contract in the new year, as an exit from Leicester nears.

And with the Foxes struggling at the wrong end of the table, their prospects of keeping him look slim to zero.

Indeed, Tielemans is eligible to sign a pre-contract agreement with overseas suitors from January 1.

And, according to Calciomercato, both Juventus and Real Madrid are hot on Tielemans’ trail.

However, Leicester are keen to cash in now and will look to sell the midfielder instead in January.

As such, Liverpool will reportedly launch a £15m offer for his services in the new year.

Whether that tempts Leicester to sell, though, remains to be seen. They value the player at nearer the £25m mark – despite the receding time on his contract. And they may decide his staying is more valuable to them as they fight to retain their Premier League status.

However, overtures from Liverpool could convince Tielemans to make the move.

He always wanted to leave Leicester for a major club and will be as surprised as anyone at his failure to secure such a move.

The Old Gold fired Bruno Lage on Sunday after a miserable start to the season. Their 2-0 defeat at West Ham leaves the club with just one win all season and stuck in the relegation zone. However, it is the manner of their performances – with just three goals scored – that has most alarmed club officials.

As such, it was little surprise Lage was shown the door on Sunday afternoon after a day of talks at Molineux.

The Black Country side are eager to bring in Lage’s replacement as soon as possible in order to boost their survival fight.

And per reports, Wolves have four names in mind.

The Sun has a different take with highly-rated Sporting Lisbon coach Ruben Amorim their No 1 priority. However, any deal for the 37-year-old will cost the club a huge £20m in compensation.