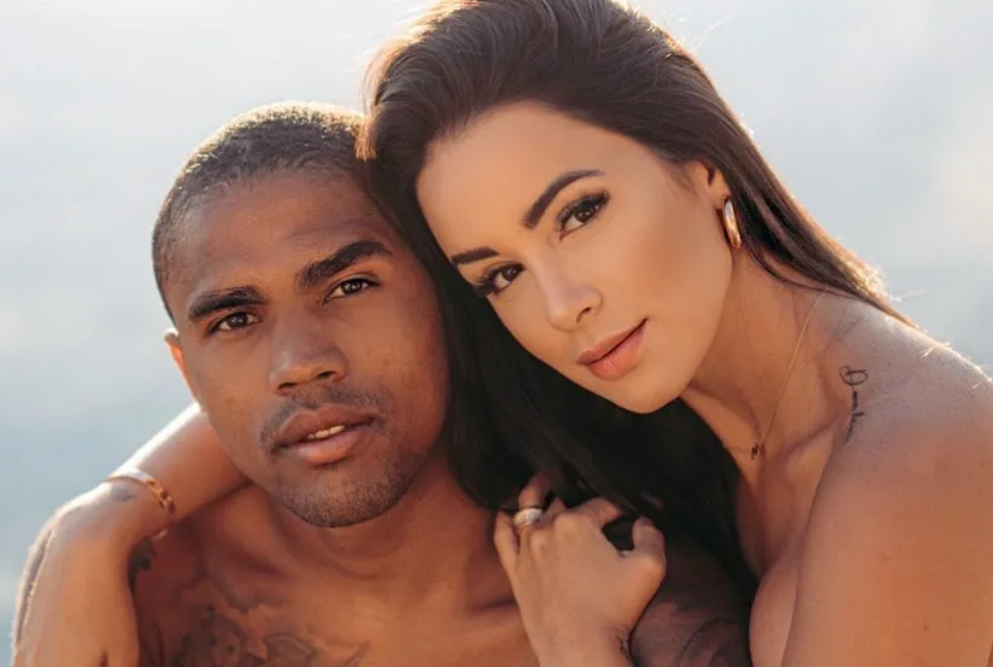 WAGs is a tag used for wives and girlfriends and it is usually used with respect to sports personalities, footballers and their partners either as a wife or girlfriend.

These wives and girlfriends often share the spotlights with their partners, some are more reserved though, preferring to be in the background behind their superstar boyfriends.

Some of them are sometimes often almost more popular than their boyfriends like in Shakira and Pique’s situation, but both are now separated

Karoline Lima is a social media personality but also Eder Militao’s girlfriend. Lima is Brazilian and also an Instagram influencer.

Karoline is a fashionista and very active on almost all social media platforms but they have managed to keep the relationship private at some points.

The duo met in 2021 and only came out publicly about it after Copa America last year.

Josephine was previously a corporate worker as she was an Executive Assistant at MM Properties ApS before getting pregnant.

She’s one of the reserved bunch of WAGs and has been handling housewife roles with due diligence.

The pair met in 2016 and they both currently live in London where Højbjerg plays with Spurs.

Tv actress and model Katja Kuhne is Marcel Sabitzer’s Girlfriend. She is a big personality in her native Germany.

This one right here is one relationship that people would argue and that’s because Xherdan Shaqiri and his Albanian girlfriend Dhurata Ahmetaj hardly make public appearances together.

However, sources say they have been dating for two years now and that Dhurata Ahmetaj often visits Shakiri in the UK severally.

Jessica is a french model who has graced some magazine covers. Jessica met the Italian star in 2018.

Nathalia Felix and Douglas Costa started dating in 2019 shortly after the Brazilian football star broke up with his previous wife.

The pair bonded for the first time in 2011 even though Daniella was married with kids. Eventually, she separated from her ex-husband and married Fabregas in a private wedding.

The couple has two children in the union and Daniella often posts family photos on her Instagram handle.

Luis Figo may be retired long ago but his wife Helen Svedin still managed to get herself on this list thanks to her beauty.

The Swede is unsurprisingly a model as well looking at how they have dominated this list. The Portuguese legend and Helena first knew each other in Barcelona in 1996.

They have been married since 2001 and have three children.

The only football list that Argentine Lionel Messi won’t make is one that doesn’t even have excellence.

Messi and his partner find themselves on this list. Antonella and Messi have been together from Argentina since age 5.

Well, if Messi is in number two, Ronaldo is usually in number one and vice versa and in this case, it is merited with Georgina Rodriguez who’s the wife of Cristiano Ronaldo.

Georgina is so a model but she met Ronaldo at a store in Madrid and started dating in 2016 and three children together Georgina has two kids for Ronaldo.