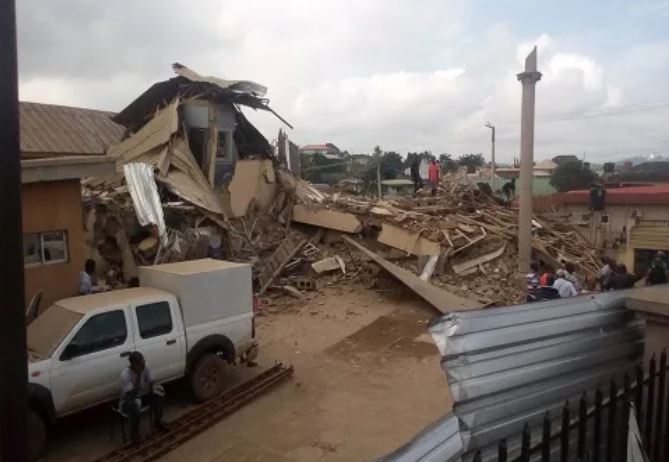 A three-story building collapsed in Ibadan, the Oyo State capital, in the early hours of Monday.

The building is situated at Adabor Junction, in the Ashi area of Ibadan, Ward 5, Ibadan North local government area.

It was gathered that properties worth millions of naira were destroyed when the building collapsed but no life was lost in the incident.

Sources said the building housed a pharmacy, supermarket and a church.

A resident, Tunde Abulesowo, who spoke with journalists explained that the land on which the building stands was used as a cemetery before it was sold.

“The building has been giving a sign of cracking before it later came down, millions of goods and properties have been trapped in the rubbles.

“We are making efforts to salvage the goods and prevent hoodlums from gaining access to it so that they won’t cart the goods away, we have called the Police and NEMA, no life was lost and nobody was injured”.

The Ashi building collapse is coming a few weeks after another structure went down at Awosika avenue in the city.