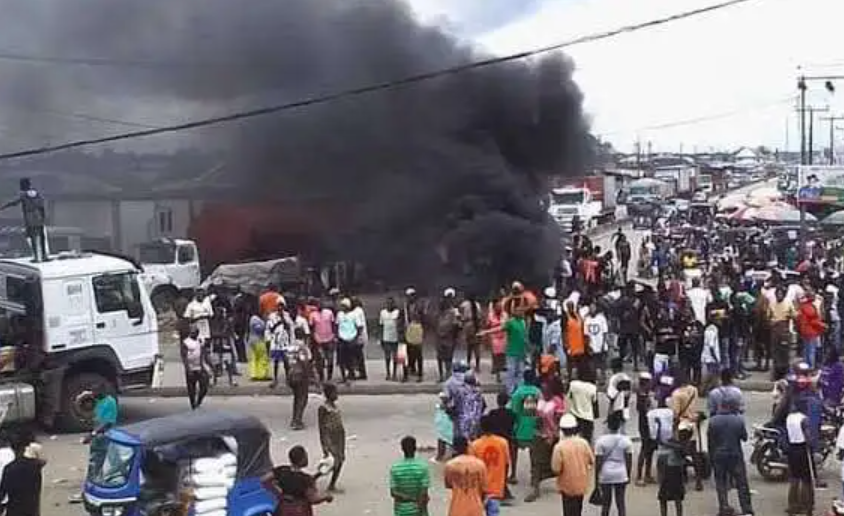 Three people were reportedly killed on Tuesday when youths in Delta State staged a protest against the Economic and Financial Crimes Commission (EFCC).

The protesters barricaded some roads in parts of the state to protest what they described as the incessant arrest of youths by EFCC operatives.

Online videos show how the youths protested with placards which bore captions such as ‘End EFCC, we don’t want them again’ and ‘EFCC, Nigerian youths are not your enemies’, among others.

The protesters also accused officials of the anti-graft agency of extorting cybercrime suspects.

Three persons were allegedly shot dead in the Ughelli area of the state when security operatives were mobilised to the area to restore order.

In retaliation, the angry protesters set ablaze some trucks parked at the Otovwodo axis.

The development comes a few days after operatives of the EFCC arrested 95 suspected internet fraudsters in the state.

According to the EFCC, the suspects were arrested at Adesa Ughonton and Jedda axis of Warri.

Bright Edafe, the Delta police spokesperson, failed to respond to enquiries on the incident.