Kapil Sharma is back with another episode of its most trending comedy show, The Kapil Sharma Show. The comedian has been coming back-to-back to entertain fans around the nation and people also love to watch him in the show with popular celebrities. 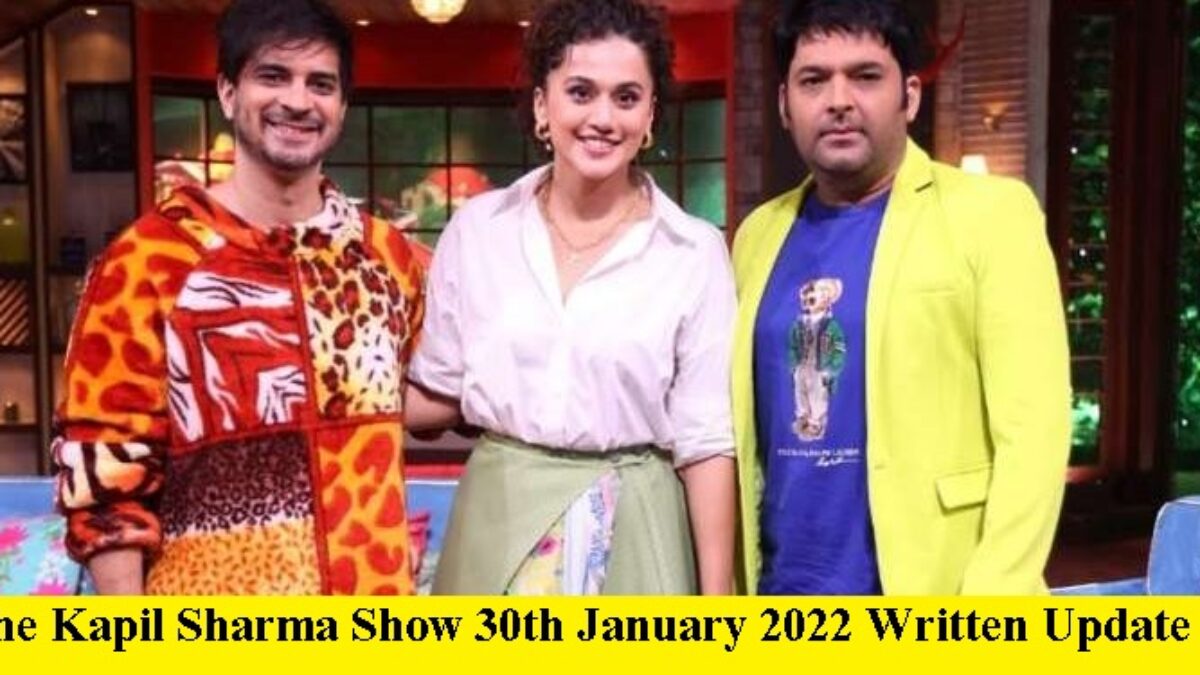 Currently, the show has been running with a huge TRP, and every Saturday and Sunday, the show comes with popular celebrities, and last Saturday, the show came with the judges of the popular Sony TV show, Shark Tank. Now, the show will come with the latest episode.

The show will welcome the cast of the upcoming sci-fi movie, Looop Lootera. Well, the movie is going to be released on Netflix featuring actress Taapsee Panu and Tahir Raj Bhasin. Kapil comes with the latest episode where he presents himself on the stage with some of the best comedy.

Along with this, Tahir just came with another web series “Yeh Kaali Kaali Ankhein” where he worked fabulously. Even in the show, Archana Puran Singh appreciates him for his amazing acting in the web series. Tahir is a growing actor in the industry and is now, coming with Taapsee Panu in another movie “Looop Lootera”. This is a sci-fi thriller film directed by Aakash Bhatia.

After their welcome on the stage, Kapil reveals that he met him backstage in the show. Now, he is doing welcome of the star. Kapil says that if he appreciates for him, he can say thanks and when Archana appreciates him, she just wants money from him.

Tahir was also seen in the movie “83”. Now, he has been coming to back-to-back movies. Kapil says that he is coming with another movie “Looop Lootera”. Taapsee says that she doesn’t want to work on this movie but later, he got agreed to work in the movie.

Later, we will get to see many more casts of the shows to entertain the guests of the show. Kiku Sharda comes on the show and says that Akshay, Taapsee and Ayushmann have been coming back-to-back in the show, why do they buy them for this? Many more moments will be seen in the show so, let’s wait for the latest episode.