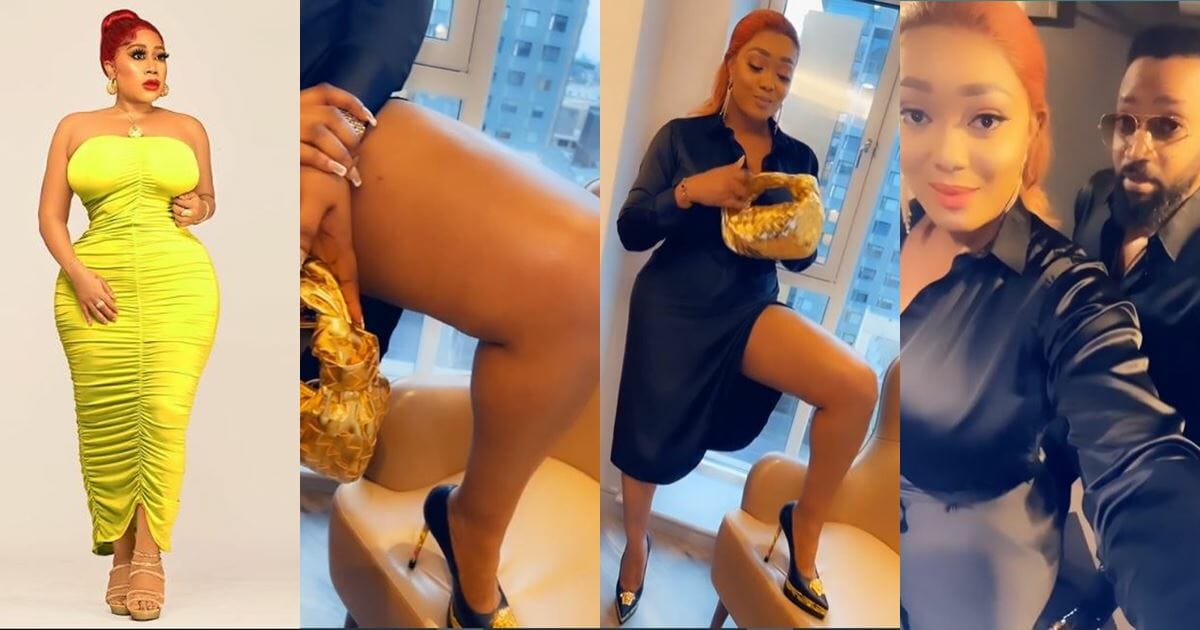 Nollywood actress, Moyo Lawal made a sensitive observation after her colleague, Peggy Ovire shared a cute couple video with her husband, Frederick Leonard.

The video which was shared by Peggy on her official Instagram page captured the moment they stepped out in style while donning black outfits.

One would recall that the power couple tied the knot traditionally on 19th November in Warri, Delta State with a lot of celebrities in attendance.

The video obviously appeared like an old dinner clip in London that was previously shared by Frederick Leonard but this clip seemed longer and from a different angle.

Peggy in the initial part of the video flaunted her thigh which apparently caused Moyo Lawal to drop her observation.

See the screenshot below:

Also, refer to more comments that trailed the video beneath: