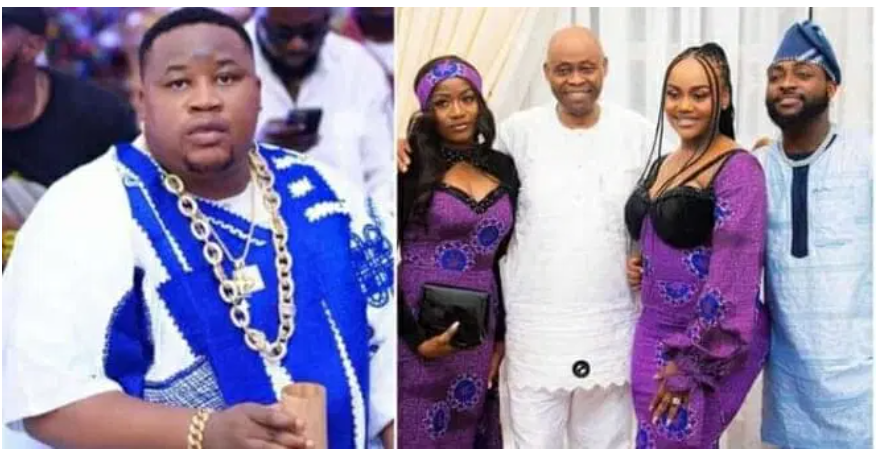 Famous Nigerian Celebrity barman, Cubana Chiefpriest, appears to have confirmed that Davido and Chioma are now a married couple.

The lovebirds who have been mourning the death of their son, Ifeanyi since 31st October finally made their first appearance following the tragedy on Sunday 27th November as Ademola Adeleke gets sworn in as the executive governor of Osun State.

To support music star and his family, Cubana Chief Priest, and more stormed the state, reunited with Davido and Chioma.

Taking to Social media recently, the socialite shared a photo of the couple with Davido’s father and another family member.

However, Chiefpriest’s caption caught the attention of many after he called them all Adelekes.

Fans and supporters of the Celebrity couple were overjoyed by the news and they stormed the comment section to react.