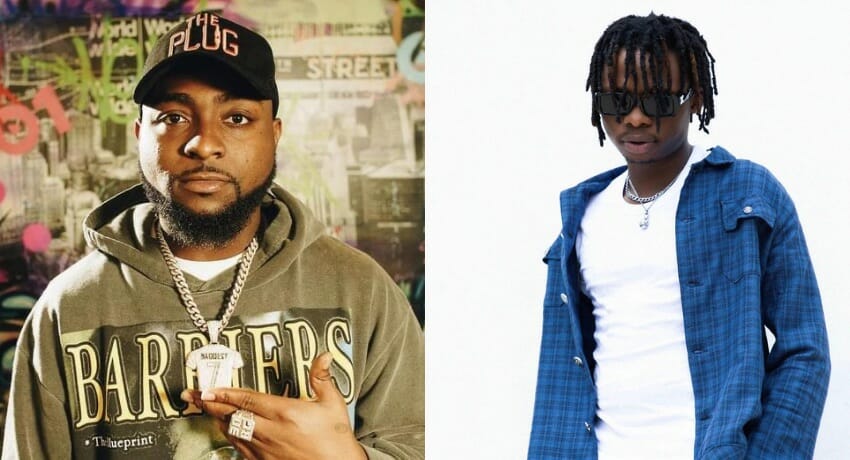 Promising Nigerian singer, Zamorra has revealed what ace musician, David ”Davido” Adeleke did for him, while stating that OBO isn’t human.

Zamorra took to Twitter to recount how Davido informed him about an alleged decision by Sony Music to take him off a song.

It would be recalled that Davido signed a record deal with Sony Music in 2016, but he later said he decided to leave them because they did not align with his vision.

According to Zamorra, when the label asked OBO to take his verse off a single, he refused to give in to their request.

Though he did not mention the title of the song in question or whether it has been released, the up and coming singer said the revelation made him emotional.

Zamorra claimed that singular act made him believe Davido is not human, but a celestial being. He tweeted:

“Davido told me, “Sony wanted to take out your verse, but I told them no, we rise by lifting others” , water drop from my eyes! What a MAN.

As I dey reason everything now, I just realize say, DAVIDO ISNT HUMAN! He’s a celestial being!”