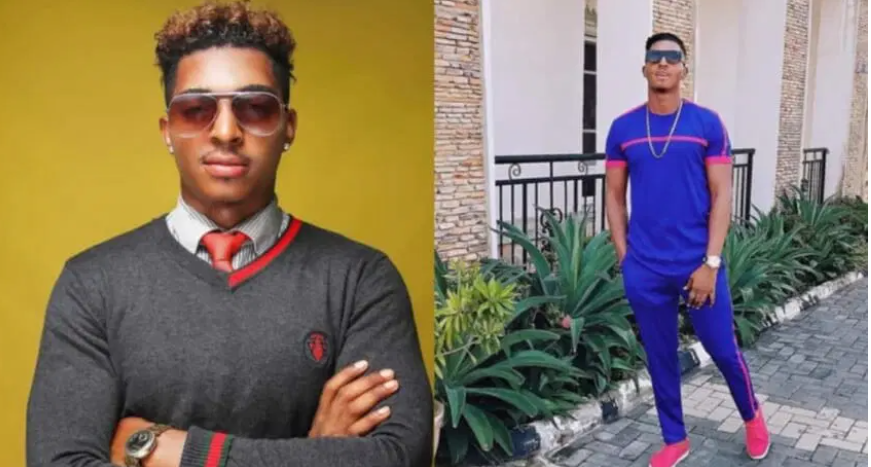 Fast-rising singer and actor Slami Ifeanyi has been shot dead in Anambra State.

It was gathered that the former Mr Anambra Universe was shot on Sunday morning by yet-to-be-identified gunmen.

The 31-year-old was driving alone in his newly acquired Lexus when he was attacked and killed at Umuebre, Akwa area of the state capital. A source revealed:

“He was driving his new car which he bought just two weeks ago when it happened. Although, we don’t know why he was attacked but it looks like a targeted attack.”

Friends of the singer have also taken to Facebook to mourn him.

Lamenting the sudden demise of his friend, Nwanya Bernard wrote:

“This again tore me apart! Dude was my man from way back, hard-working, Focused, talented handsome dude. And today I hear your gone, all because Nigeria failed you. The monster instituted by a failed system is eating up the future Ambassadors. Slami Ifeanyi of St Rita’s Hostel! RiP buddy Soon! We will take back our Country.”

“Dear Slami Ifeanyi am just so shocked and pained getting the news of your demise. I remember the first time we met at a club in Awka.

“You simply welcomed me at your table and shared drinks. Meeting you further at shows, you were so simple, despite your talents and physical endowment. Well, we can not question God when certain things happen. As it pleased him to call you so abruptly, may it please him too to welcome you into his bossom. Jee nke oma ezigbo!”

“I Pray Your Soul Rests In The Bliss Of God’s Bosom. It’s Hard To Imagine Your Untimely Death & Whatever The Reasons Could Be Cos’ You Were A Kind & Peaceful Friend. I’m Devastated & Emotionally Drained Beyond Words Can Say, The Saddest Possible News That Could Be Broken To Me How You Were Taken From Life. It’s Still Shocks Me To Believe My Brother Slami Ifeanyi Is Dead.”