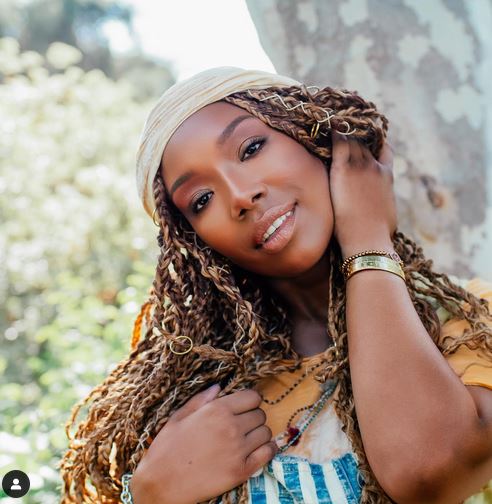 Top American singer and songwriter, Brandy Norwood has reportedly been hospitalized after possibly suffering a seizure.

She was at her home in Los Angeles when the medical emergency occurred, with an ambulance being called in at noon local time on Tuesday, October 11, according to TMZ.

She appears to be in recovery, per the outlet, with her parents with her at the hospital.

Brandy is currently still in the hospital, per TMZ.

Their insider believes the star suffered a seizure but it has not been confirmed.

In the since-deleted posts, one video showed the star’s legs hanging over a ledge, while he asked if he should ‘just jump off.’

A  source told TMZ Ray J had been drinking at the time and that he is now doing well.

The star uploaded a throwback of her and Ray J to her Instagram soon after from their childhood, ‘Need you bro.’

Brandy suffered a similar incident in June 2017, when she was taken to a hospital after she was found unconscious on a Delta flight that was supposed to be traveling from LAX to JFK.

Delta and a spokesperson for the L.A. County Fire Department confirmed to ET at the time that a passenger was transported via ambulance to a local hospital. The singer’s rep told ET in a statement that Brandy was released from the hospital after losing consciousness on a flight, and was then “at home resting.”

“She has been traveling extensively as part of an ongoing tour and several personal appearances. In recent days, she has taken more than 10 long-haul flights including internationally,” Brandy’s rep said. “She was in the studio all night last night until it was time for her to leave for the airport to catch a 5:45 a.m. flight.”

“The stress of all of the traveling and working so incessantly has exhausted her,” the statement added. “She will be relaxing for the next few days.”

Transfer: Anything Is Possible – Aguero Speaks On Messi Leaving PSG For Barcelona