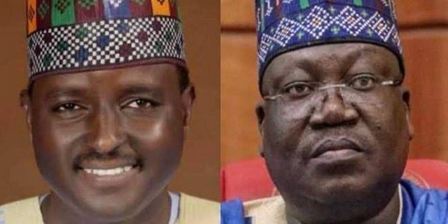 Senate President, Lawan Makes U-Turn, Set To Appeal Judgement Declaring Machina As APC Yobe North Candidate: Lawan had issued a statement after the initial court ruling which declared his purported June 9 senatorial primary election null and void, saying he had accepted the court verdict and would not appeal the decision of the court.

Ahmad Lawan, the embattled Senate President, is reportedly set to head to the court again

The lawmaker is reportedly set to file an appeal at the higher court to challenge the decision of the court which declared Bashir Machina as the authentic All Progressives Congress senatorial candidate of Yobe North, SaharaReporters has learnt.

Lawan had issued a statement after the initial court ruling which declared his purported June 9 senatorial primary election null and void, saying he had accepted the court verdict and would not appeal the decision of the court.

But in a dramatic twist of event, Lawan may succumb to pressures from some individuals within Yobe State Governor, Mala Buni’s government to appeal the judgement even though many lawyers opined that his appeal was a waste of time.

SaharaReporters gathered that Lawan has the support of Yobe State Chairman of the APC, Mohammed Gadaka, the state Secretary of the Party, Abubakar Bakabe, and the Chief of Staff to the Yobe State governor, Abdullahi Yusuf.

A competent source revealed to SaharaReporters that Lawan initially did not buy the idea of appealing the judgement, but some individuals who see Machina as a threat to their political career had been mounting pressures on him to agree and go on with the appeal.

“The anti-Machina group headed by the Chief of Staff to the governor who also headed the voided June 9 senatorial primary poll is shopping for another lawyer to file the appeal as they are not satisfied with the performance of Ahmad Raji at the Federal High Court,” the source revealed.

There had been controversy over the APC Yobe North senatorial ticket.

Machina won the primary election organised by the party in May 2022.

Meanwhile, Lawan participated in the presidential primary election organised by the APC in June but lost to former Lagos governor, Bola Tinubu.

Machina was asked to step down for Lawan but he insisted that he would not withdraw for the Senate President.

Amid the controversy, the APC submitted the Senate President’s name to the Independent National Electoral Commission (INEC) as its senatorial candidate for Yobe North.

Aggrieved, Machina instituted a suit asking the court to declare him as the authentic senatorial candidate of the APC for the 2023 election.

In the judgment delivered two Wednesdays ago, Justice Fadimatu Aminu nullified the parallel primary election that produced Lawan on June 9, 2022.

The judge also ordered the APC to forward the name of Machina to INEC as the authentic winner of the primary held in May.

Reacting in a statement, Machina described the judgement as a victory for justice, calling on all his supporters, and indeed the people of Yobe North, to remain peaceful, and not to react in the face of any provocation.

He further declared the judgement as “no victor, no vanquished” and called for an immediate reconciliation among the two groups that exist within the party in Yobe North.

They’re Not Heartless, Here’s The Reason Why Indians Burn Their Dead People Into Ashes