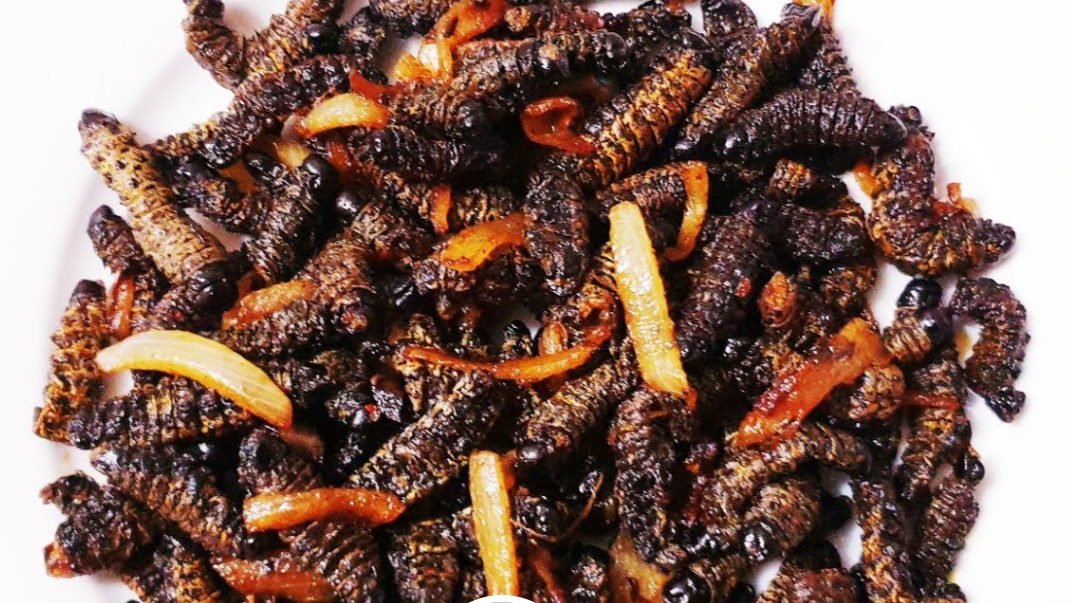 Do you ever wonder to what extent even the bravest of people would go with weird foods in Africa? It’s a tough call for the majority but there are communities whose delicacy is nothing more than this.

Call it a way of life that you can’t run away from if you grow up in a deeply traditional community. However, if you are just a food lover with a boisterous penchant of trying different foods, some African cuisines are not just it. Not that they cause any health repercussions, but they just mess up with your sense of perception of food.

That’s why a trip down to Africa gets memorable because you can never forget the weirdness of these meals. On the flipside, their weird outlook coats a rich flavor in them but you only get it if you try them. So, be our guest as we walk you down weird foods in Africa.

What is The Weirdest Edible Food?

As mentioned above these foods are not necessarily odd in taste. It’s all about perception and a high degree of mental control. Don’t let the inner voices stop you from eating to your fill, even if it’s a bullfrog on your plate!

Here are the African delicacies special in their own way.

They are a delicacy in South Africa, Zimbabwe, Botswana and Zambia.  These worms are caterpillars, from the emperor moth family popular in Southern Africa. The Bemba people of Zambia love them, and they have a special name for them; “Ifinkubala.”

Mopane worms are versatile enough to be used as either a side dish or a major course. Twice a year, at the beginning and the end of the rainy season marks a harvest season. They are squeezed to remove the gut contents after harvesting, parboiled, and dried before being sold in the market. Don’t you agree they deserve a spot here as weird foods in Africa?

Zimbabwe, Zambia, and Malawi are hotbeds of termites as a delicacy. They come around during the onset of a rainy season. They arrive in droves and they are drawn to light while swarming and woven baskets trap them.

Though chitoum is among weird foods of Africa, they are a delicacy in Ivory Coast, and Western Africa. They are darkish beetles popular as a West African midday snack. It’s a dry and crispy delicacy made from the gathered, disembowelled, and fried bodies of small, dark beetles.

These jumping insects are commonly referred to as “Nsenene” in Uganda. A common way of preserving them is roasting then frying them and season as you wish. The months of April, May, and November are peak times for their harvest.

A dozen traders in local Kampala markets eke a living from selling them.

Another of weird foods in Africa is Namibia’s giant bullfrog – now and endangered species. While frogs’ legs are considered a delicacy in Europe, in this region and with this specific frog, the whole frog is a tasty meal.

Many will agree to disagree that it is the worst food in Africa too. Its skin is highly poisonous and timing is crucial when it comes to eating this frog. It’s only safe when mating because it suppresses poison secretion.

The toxins in its system causes kidney failure and other complications such as itchiness when urinating. In extreme cases, death becomes inevitable.

Stink bugs are a delicacy in South Africa.  Don’t be turned off by the “stink” in the name; the gland responsible for the odour is removed before cooking.

They decapitate the bug and squeeze it to get rid of if its stomach contents.  South Africans typically boil the bugs after draining the gland then sun-dry them to eat as a snack. These tiny creatures are rich in Vitamin B content and have a strong flavor of cinnamon.

Those who enjoy omelettes have a great run with this. The ostrich egg omelette is the granddaddy all omelettes as it is equivalent to 24 regular eggs.

In West Africa, the Ackee plant is a staple food and culinary delight. The plant is actually a fruit that only eaten when fully ripe. If eaten before its full maturity, it causes nausea, vomiting, hypoglycemia, brain damage, and death.

An ackee tree matures over a period of eight weeks. Once it’s ripe, it will split open to reveal three or four sizable black seeds. It’s a good source of protein, fat, vitamin A, and zinc. Ackee often replaces eggs for breakfast and is served with fried onions and tomatoes. Alternatively, the edible part of the fruit is boiled then combined with fish, chile, and other seasonings.

Goat head delicacy popular in Kenya has to be among the weird foods in Africa. The goat’s head prepares some thick soup and magnesium-rich meat. In barbeque joints across towns, you get it a taste of with just some sprinkles of salt accompanied by servings of finely cut onions and tomatoes.

Boiling the head takes hours but the end result is worth the wait.

Blitong is a not-so-peculiar but undeniably tasty delicacy. It’s a type of cured, dried pork traditionally prepared with high-quality pieces of meat like rump or silverside.

In Relationship: These Are The Issues You Might Face If You Don’t Engage In Sexual Activities For A Long Time

You Should Know: Here are the Side Effects of Eating Too much Of Cat Fish