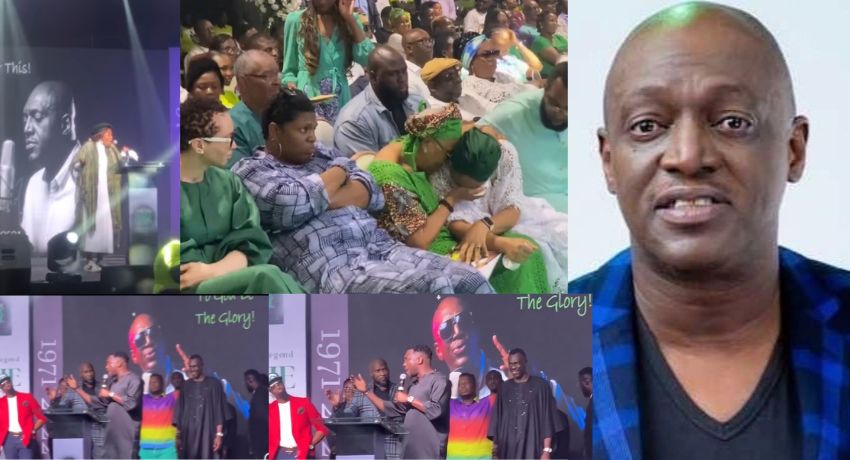 Video clips from the events have started to surface on social media with tributes being paid to the late singer who passed on to glory at the age of 51.

Worthy of note was a clip that showed Sammie Okposo’s wife, Ozioma in uncontrollable tears as she watched an old video of herself and her hubby played on the screen.

Sammie Okposo’s daughter who could not take it at some point got up from her seat and moved away from where her mother was being consoled. See video below:

Gospel singers, Tope Alabi and Timi Dakolo delivered powerful performances that moved those present to tears as they payed their tribute to the late singer who revolutionised gospel music. See videos:

Singer, Zamorra reveals what OBO did for him, says ‘Davido is not a human being’