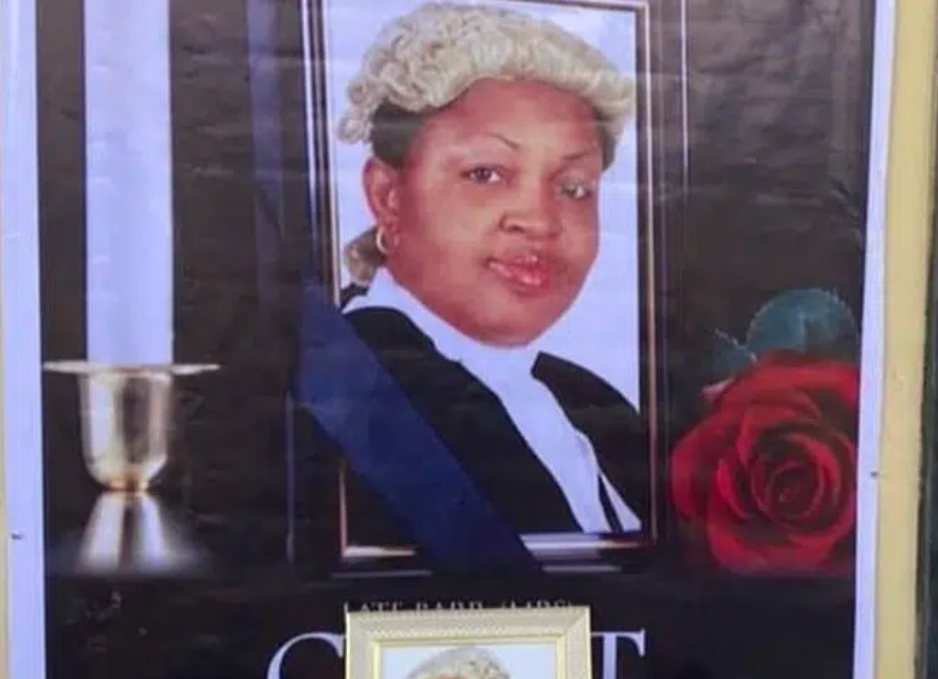 Clara Bassey, a woman who died in a car accident whilst chasing her husband, Barrister Sunny Bassey with his side chic, has been buried.

Recall that the lawyer was reportedly monitoring her husband’s movement with his side chick died along the Murtala Muhammed Highway, Calabar, when her car veered off the road into a ditch during an hot chase.

Following the shock of her death, her husband, Bassay fell into a coma, but recuperated.

Speaking about the incident, a family friend of the couple told newsmen that Bassey regretted his actions and the feeling of guilt appeared to have overwhelmed him.

The source said, “We learnt that because of the shock the man went into a coma, and some of friends got him out of the house with the kids because he cannot be alone, being that not quite long he suffered from a stroke.”

Just in: Vice-President Osinbajo Leaves For Canada On 3-day Visit