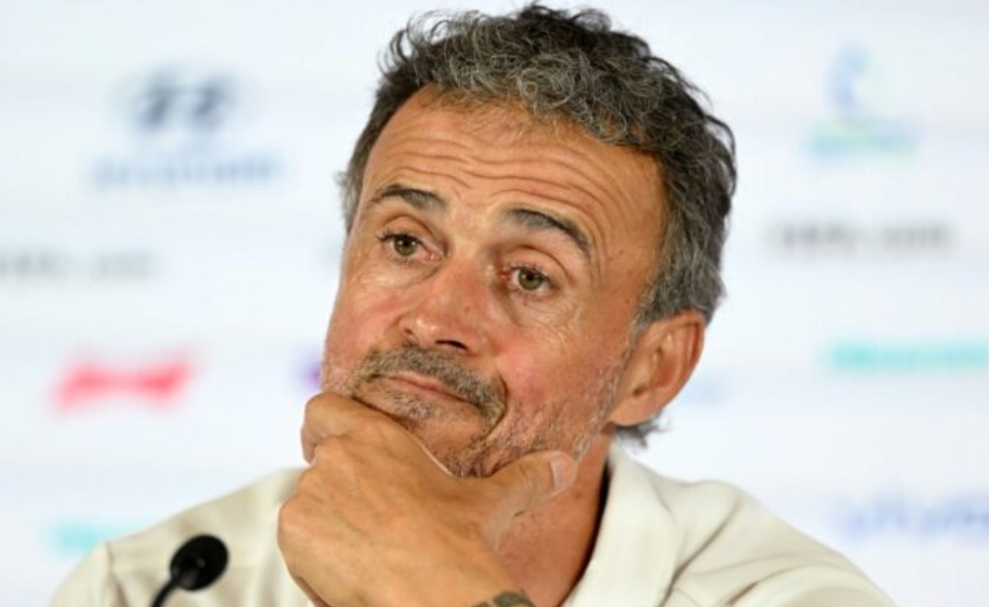 Spain coach Luis Enrique told his young side to enjoy themselves when they got to the World Cup and there were plenty of signs in Qatar that they will have a lot more fun in the years ahead, despite their shock elimination by Morocco on Tuesday.

The Spanish coach insisted his side should play their trademark pass-heavy style of football that helped them lift the World Cup in 2010.

“The only goal I set for my players before the training camp…, I told them we need to have fun, fun,” Luis Enrique said at the start of the campaign that began with a swaggering thrashing of Costa Rica but ended with a penalty shootout defeat to the North Africans.

“We need to enjoy this because you have to have joy in your job,” the former Real Madrid and Barcelona player said.

Spain arrived in Qatar under little pressure from supporters at home, with the third-youngest squad at the tournament.

Gavi, 18, and Pedri, who turned 20 during the tournament, showed maturity beyond their years at the heart of the team’s midfield, while strikers Ansu Fati and Nico Williams, both 20, looked full of potential when they came off the bench.

The way Spain thrashed Costa Rica 7-0 in their opening match, and were only a few minutes away from beating Germany before having to settle for a draw, started to draw comparisons with the side that triumphed in South Africa 12 years ago.

Playing with the same obsession about possession, the Spaniards won plaudits for their first-time passing and fluid movement off the ball.

Against Costa Rica, six different players got on the score-sheet, suggesting the pre-tournament criticism that the team lacked an out-and-out goalscorer was misplaced.

Alvaro Morata, 30, notched three goals in the three group games, two of them after coming on as a substitute.

But as the tournament progressed there were warning signs that their hammering of Costa Rica might prove to be a mirage in the Arabian Gulf.

Luis Enrique’s men threw away a one-goal lead against Japan and conceded two goals in a six-minute collapse that turned the game on its head and saw Spain lose 2-1.

Against Morocco, they laboured to create clear-cut chances against the North Africans’ resolute defence, despite their huge possession advantage, with Morata adding only limited threat when he came off the bench.

After the disappointment of winning only one game at the World Cup, Spain’s new generation are likely to learn the lessons of Qatar and channel them for the challenges that lie ahead over the next decade, even if captain Sergio Busquets, the lone survivor of the 2010 campaign, might not be with them.

It also remains to be seen if Luis Enrique stays on as coach with reports of interest from leading European clubs.

“If the results don’t come, we will go home with our heads high and we will continue working,” winger Ferran Torres, 22, told reporters shortly before Spain’s opening game. “We are young.”