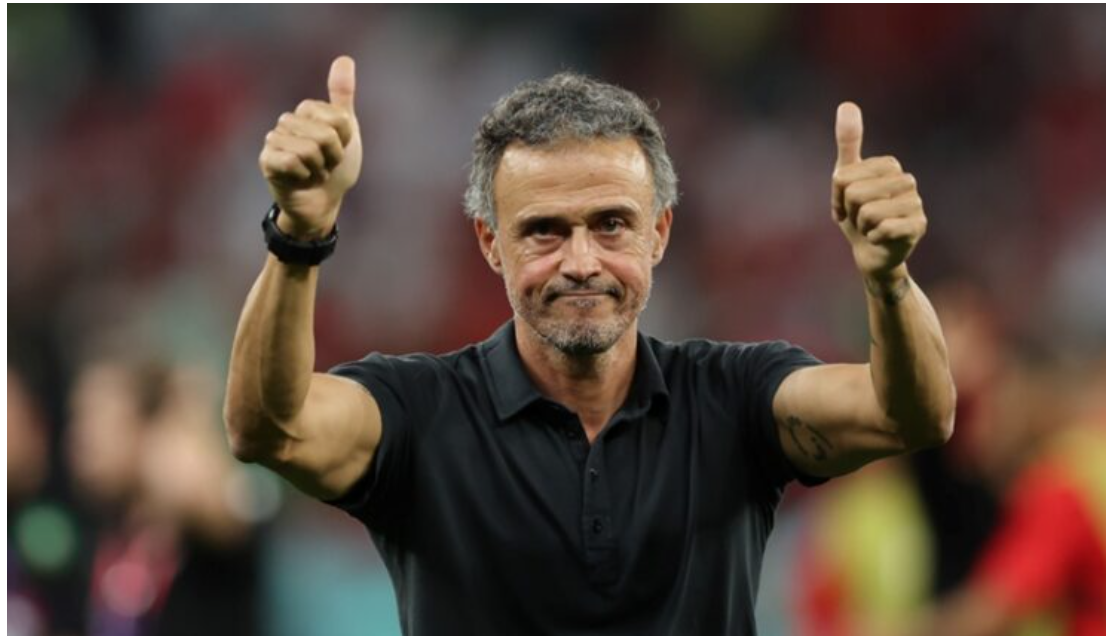 Luis Enrique wants to stay on as Spain coach but said his future was not yet decided after Morocco knocked La Roja out in the World Cup last 16 on Tuesday.

The manager, who led Spain to the Euro 2020 semifinals, saw his side beaten 3-0 on penalties after a 0-0 draw with the North African side over 120 minutes.

“I can’t say, because I don’t know,” Luis Enrique told a press conference when asked about his future.

“The national team has time. I am very happy with the Spanish FA, the president and with (the sporting director).

“If it was up to me I would stay all my life, but that is not the case.

“I have to think calmly what is the best for me and for the national team. All situations will have an influence.”

Luis Enrique: “What happened today was my fault. I take full responsibility. I want to say sorry to the fans… Next week we will talk about my future.” pic.twitter.com/T7Adsn7EF8— Barça Universal (@BarcaUniversal) December 6, 2022

The coach was first appointed in 2018 after Spain were eliminated in the last 16 of the Russia World Cup by the hosts.

He stepped away for a short period in 2019 because his late daughter had been diagnosed with bone cancer, before returning and guiding Spain to a strong finish at the Euros last year, where Italy beat them on penalties.

“I chose the takers, I thought they were the best on the pitch,” said Luis Enrique.

“I chose the first three and I would do it again. (If I could change something) I would take Bounou away and put another goalkeeper there.

“(Penalties) are not a lottery for me. You have to control yourself, to know how to control it. I would choose the same players again.”