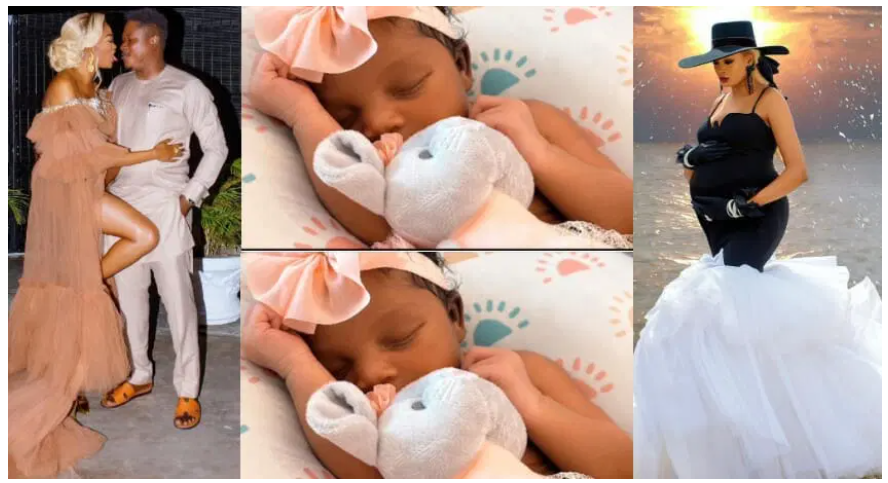 The new mother who has been Houston after she announced she was expecting her first child on September 20, minutes ago revealed she has birthed her daughter.

Kiekie posted a short video with the photo of her daughter and many have taken to the comment section to congratulate her sweetly. See video and some comments:

We recalls the 32-year-old made the announcement in an Instagram post on Tuesday, September 20 releasing a music video where she showed off her baby bump.

The glowing mother dedicated the new song to her baby, Oluwashonaolami. The song was filled with prayers, wishing her child would grow without stress and live a peaceful and fulfilled life. The budding actress featured the Akinpelu Girls in her song dedication.