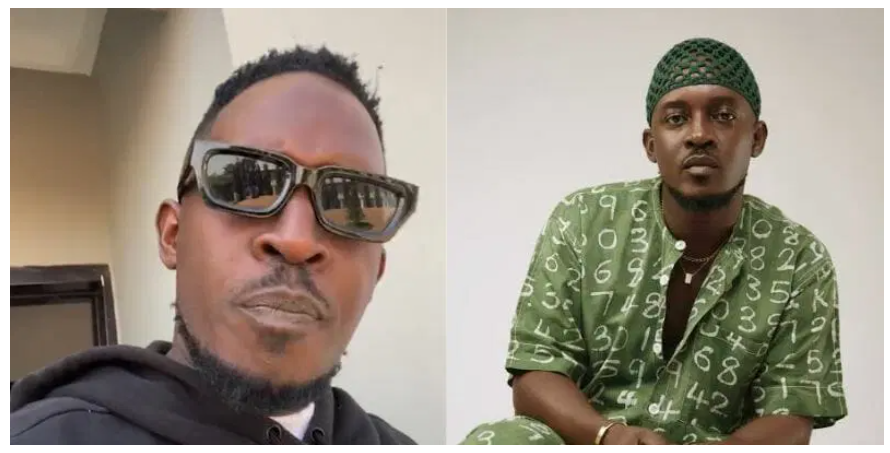 Popular Nigerian rapper, MI Abaga also known as The Guy in a recent video celebrates the rap genre, talking about his contribution to the rap space, showing support for rappers, and his relationship with Vector Tha Viper.

Following an ongoing debate sparked by the controversial statement of Nigerian singer, Wizkid, where he stated that rap is dead and tired, lots of people have voiced their opinion on the subject and one of the vocal ones is MI Abaga.

Over the last couple of years, the 40-year-old Nigerian rapper has been one of those holding the forte in the rap space, both in Nigeria and Africa. Rightly so, with 5 great studio albums and endorsements to show for it.

In a recent Instagram live where he spoke about a couple of things ranging from his contribution to the industry, to a project he’s working on to help creatives grow, MI Abaga continues to drum his support for rappers as he has always done while also stating how happy he is for the growth of the genre.

In an article we published earlier, we asked if rap is truly dead, backing up our answer with 5 rap albums that blew our minds this year. MI Abaga’s take on the subject of rap in Nigeria aligns with that piece.

In the Instagram live video, the Nigerian rapper gave shoutouts to several Nigerian rappers, giving credit to whom it’s due. One of the issues he was also able to address was the case of his rivalry with popular Nigerian rapper, Vector Tha Viper.

Although MI Abaga and Vector had both been on a show together, both speaking on their beef and settling it, but this time, MI took it a bit further, making the fans know they are both good now.

In the video, MI explained how he was on a call with Vector speaking about various things and also how Vector spoke to him about his latest album, ‘Teslim: The Energy Still Lives In Me.’

“My brother Vector just put out an album in which he captures the heart of his relationship with him and his father. That’s what he told me when I spoke to him.”

He also spoke about the things he learned from his beef with Vector, explaining that no one is perfect.

“None of us is perfect. That’s what’s important about what happened between Vector and I. Even though I felt Vector was wrong about so many things. There were two or three things he pointed out to me that made me feel I can improve.

“One of the important things he taught me was that I could be more vocal about where I’m from. So I’m doing a lot more in Jos.”

It is interesting to see both artists bury the hatchet between them and embrace peace and friendship. How the fans will take this new development is still unclear considering the major problem of comparison with fans and stans but we sure know we would love a Vector-MI masterpiece.

Some of the prominent artists MI Abaga mentioned in the video include Erigga, Blaqbonez, Eva Alordiah, Olamide, Yung6, YCee, Dandizzy, and Ladipoe, amongst many more.

Also, he mentioned the rap community in Abuja and how he’s working on a digital solution to bring everybody together and make sure their hard work is shown to a wider audience.

What does the Nigerian rap space need most now?

Constantly, the fans have dragged many rap artists in Nigeria into unnecessary beef, claiming that those are the type of situation that makes the Hip-Hop space more interesting. For an industry that is self-sufficient, this might be true. However, with the Nigerian space, we have seen how false that statement is.

Beef does more harm than good. The reasoning behind that is simple. For every other genre that is progressing right now, one of the major catalysts of their growth is their supportive efforts to push each other. Afrobeats for example has seen the rise of many artists in the last couple of years, importantly with a focus on how they collaborate, and push each other.

Although some rap artists are walking that path, the rap space needs to do more of it. Squash beef and work towards the development of the space.

Again, rap is not dead in Nigeria. It is just not getting the coverage it deserves.

BBN Reality star, JMK called to bar one year after declining for BBNaija