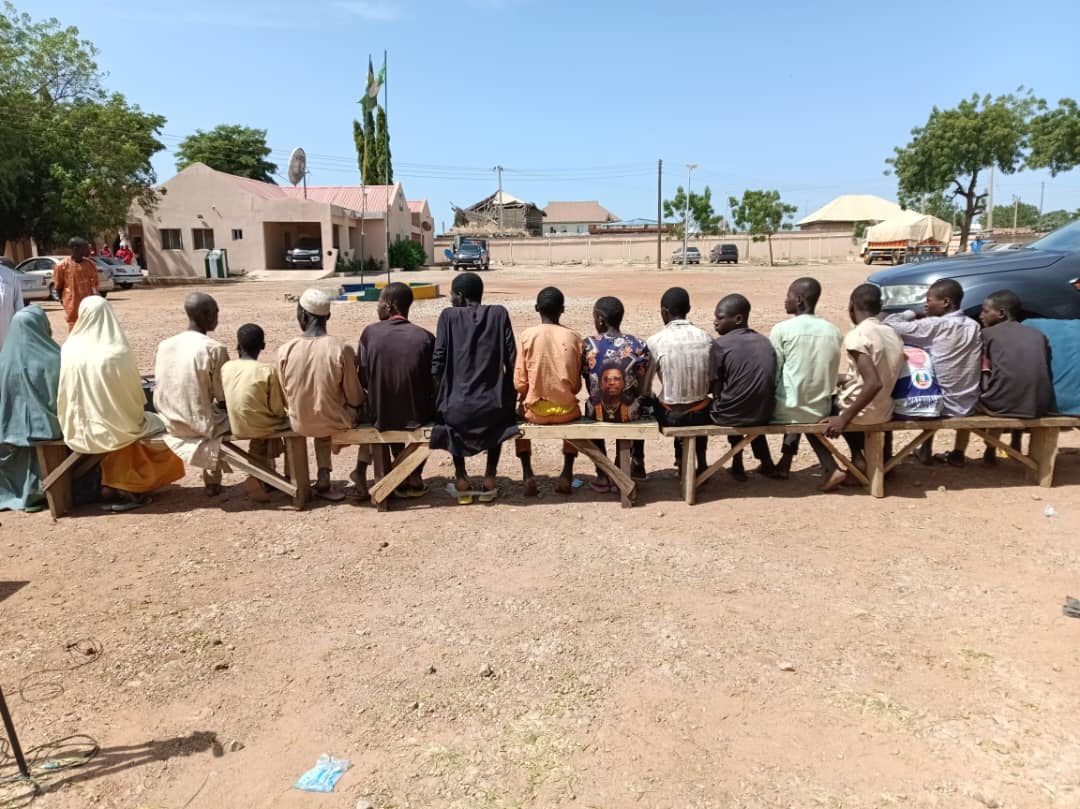 27 victims who were abducted by suspected bandits in Zamfara State state have been rescued by the Zamfara police command.

Mohammed Shehu, the command’s public relations officer, said this in a statement on Saturday.

Shehu said the rescued victims were abducted in Akawa, Gwashi, Tungar Rogo and Anka villages before they were taken to bandits’ camps.

He said the state police command acted on an intelligence report after the victims had spent a week in captivity.

“The rescue of the victims was sequel to the report received by the Command that, a group of bandits terrorists invaded the above-mentioned villages and abducted an unspecified number of people and took them to Gando/Bagega/ Sunke forests where they spent a week in captivity,” the statement reads.

“On receiving the report, the Commissioner of Police deployed additional Police Tactical operatives to reinforce DPOs Anka/Bukkuyum and vigilantes in their rescue operation to rescue the abducted victims. Luckily enough, a well-coordinated search and rescue operation was carried out with the full support and partnership of the two LGAs Sole Administrators of Anka and Bukkuyum. The outcome of the rescue operation was the unconditional rescue of Twenty seven (27) kidnapped victims.”

Shehu said 17 of the rescued 27 have been taken to the state police headquarters while the remaining 10 are in the hospital receiving medical attention.

“At the moment, seventeen out of twenty-seven were brought to the Police Command Headquarters for showcasing, while the ten (10) other victims are in the hospital receiving medical attention following the trauma they passed through while in captivity,” he said.

With this, a total of 38 persons have been rescued in the last 48 hours.

How A Policeman, Court Orderly And Okada Rider Perished In Auto Crash