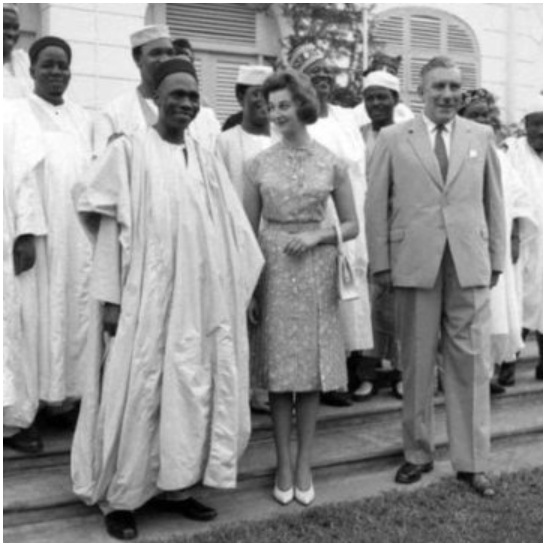 Just Exactly 62 years ago, on October 1, 1960, Nigeria gained independence from the British Empire and was added to the growing list of independent nations which the United Kingdom had set aside to grant independence to become a sovereign state.

Nigerians celebrated this historic break from colonialism across the country. There were lots of celebrations and jubilation within the country, especially in Lagos.

The historic day was celebrated in grand style, from fireworks to dance troupes, masquerades, and even a state banquet where dignitaries mingled and danced. People rejoiced together regardless of ethnic and religious background, while Nigerians in the Diaspora joined in a unified celebration of the independence of Nigeria.

The main celebration event in Obalende, Lagos was graced with the presence of Nnamdi Azikiwe, the Governor-General, Sir James Wilson Robertson, Queen Elizabeth II  who was represented by a member of the British royal family, Princess Alexandra, and the Prime Minister, Abubakar Tafawa Balewa, who took on the reins of power and led independent Nigeria’s new coalition government.

The celebrations went on for a couple of weeks in some states within the country and for those present at the Race Course (now Tafawa Balewa Square) in Obalende, Lagos, on October 1, 1960, it was an unforgettable experience.

Nigerian Tribune has rounded up 32 photos from the maiden celebration in 1960.

Newspapers across the country were not left out of the celebration with a special edition’s headline which read: “Nigeria Becomes A Sovereign Nation”.

Video: Man reveals what became of him when he seized his woman’s waist-beads