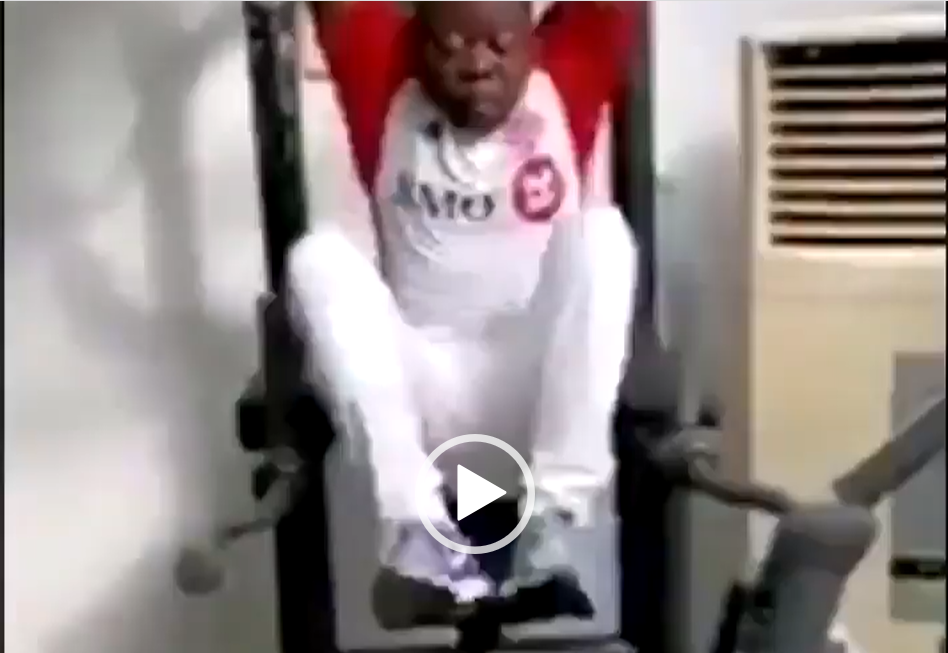 Adams Oshiomhole, a former national chairman of the APC, has recently proven again how physically fit he isOshiomhole, in an online video, shared on Sunday, October 2, was seen performing a very rigorous body exercise.

The video was shared by Joe Igbokwe who was suggesting that the fitness session is part of the APC’s preparations for the 2023 general elections.

Part of the preparation for the 2023 general elections is physical fitness training for some politicians, especially those on the platform of the All Progressives Congress (APC).

A viral video of Adams Oshiomhole, the immediate past national chairman of the APC, working out at the gym which was shared by Joe Igbokwe proves this.

In the video captioned by Igbokwe with the words, “Testing the Microphone”, Oshimhole, who is also a former Edo state governor, was seen carrying out a very strenuous body-building session which had a great impact on his muscles and entire frame.

The video is supposed to show how prepared Asiwaju Bola Ahmed Tinubu’s presidential campaign council members are for the coming election.

The short but interesting clip has naturally got the attention of Nigerians on social media (Facebook precisely) with a lot of them giving their different takes on what Oshiomole is trying to achieve.

“With cumulative fats and calories all over him, Obiliar and Atiku can never try these.”

“The optic of this particular routine and the person involved clearly put him par something I can say! Perhaps, am seeing wrongly!”

“They don Nigeria Election to Olympic Election. Who did we offend nah, God Abeg na better leaders we need ejoor.”

In a similar post by Legit.ng, Tinubu showed off his exercise skills to prove to critics that he is hale and hearty.

In a video posted on Twitter, the APC presidential candidate could be seen on an exercise bike, exercising with vigour.

This had, however, sparked reactions from Nigerians with many people criticsing him while others were praising his skills.