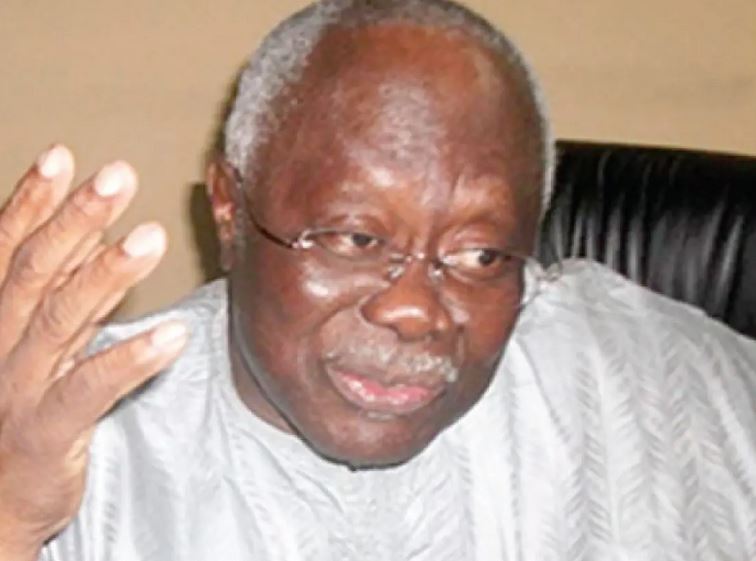 The Wabara-led PDP BoT, in its report submitted to the party, recommended that the National Chairman, Iyorhcia Ayu, should resign after the 2023 general elections.

The committee also urged Ayu to assure members that he would step down after the polls.

Some PDP governors like Nyesom Wike of Rivers State, Okezie Ikpeazu of Abia State, Samuel Ortom of Benue State and Seyi Makinde of Oyo State have been calling for Ayu’s resignation.

They argued that PDP’s presidential candidate, Atiku Abubakar and the National Chairman can’t come from the same region.

However, while appearing on Channels Television’s Programme, Sunday Politics, George wondered why the PDP chairman should be a judge in his own case.

“And the shocking part of it, when I saw it on television, I saw that Iyorchia Ayu, the National Chairman of the party, who was the centre of the issue, was sitting as a judge in his own case. Does that make any judicial sense? You are discussing him; he is sitting as if he was the one moderating. That is not the way things are done. I don’t know what the factual analysis is. All we were told was that Ayu made a promise and he must honour his promise.

“On that day, we were told again that was not what was said. What was said was that Ayu should make a promise that when the elections are over, he will leave, that he will make that promise. My goodness, time is of the essence. Nobody is going to wait for us.”

See The Man Who Could Become UK’s New PM (Photo)