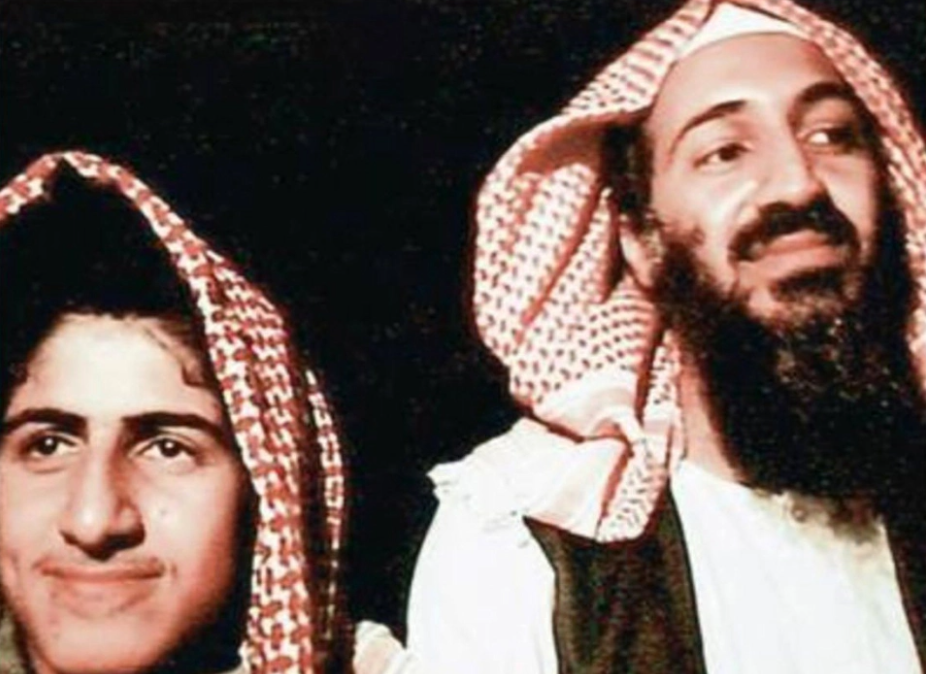 HE was Osama bin Laden’s chosen son – anointed heir to the al-Qaeda warlord amid the rugged Afghan peaks.

During a fractured childhood in Tora Bora, Omar bin Laden’s beloved pets were used to test chemical weapons and he was taught to fire an AK-47 assault rifle in terrorist training camps.

Omar is now a painter whose work sells for up to £8,500 apieceAs a child Omar’s beloved pets were used to test chemical weaponsCredit: Collect

“I saw it,” he says of the horrific chemical experiments conducted by his father’s henchman.

“They tried it on my dogs and I wasn’t happy.

“I just try to forget all the bad times as much as I can. It’s very difficult. You suffer all the time.”

Omar, 41, who turned his back on his blood-soaked jihadi father before 9/11, considers himself “another victim”.

Six-times-married Zaina, 67, who describes Omar as “my soul mate”, tells me he suffers from “very bad trauma, stress and panic attacks”.

Omar’s torment over his father — Zaina thinks he suffered PTSD after 9/11 — led him to consult therapists and be prescribed medication.

Zaina once said: “Omar loves and hates Osama at the same time. He loves him because he is his father but hates what he has done.”

Recalling his last conversation with his father, he revealed: “I said goodbye and he said goodbye.

“I’d had enough of that world. He wasn’t happy that I was leaving.”

They would never speak again. Omar was in Qatar on May 2, 2011 when he heard the news that US Navy Seals had assassinated his father at a Pakistan safehouse.

He shed no tears for his slain father.

He recognised the dead body of his brother Khalid from pictures on the internet of the stormed compound in the city of Abbottabad.

His brow furrowed, Omar revealed: “I thought everything was finished and that I’m not going to suffer any more.

“And I was mistaken, because people still judge me today.”

He would have liked a funeral, for closure.

The official US account is that Bin Laden’s body was buried at sea from the supercarrier USS Carl Vinson within 24 hours of his death.

Omar is doubtful, adding: “It would have been much better to bury my father and know where his body is.

“But they didn’t give us the chance.

“I don’t know what they did to him. They say they threw him in the ocean but I don’t believe that.

“I think they took his body to America, for people to see.”

Omar’s artwork, which he sells for up to £8,500 apiece, is therapy — for his father’s menacing shadow still hangs over him.

In 1991 Bin Laden was banished from Saudi Arabia for his anti-US diatribes after forming al-Qaeda to fight the Soviet Union in Afghanistan in 1988.

The family moved to Sudan, north Africa, where many of Bin Laden’s jihadi fighters worked in his farming and road-building businesses.

Omar — who has been denied entry to Britain — shows me his vivid painting of his father’s sunflower crop fringed by high mountains in Sudan.

The US accused Bin Laden Senior of running terrorist training camps in Sudan, where the authorities asked him to leave.

By May 1996 he was back in the Tora Bora mountains in Afghanistan, choosing 15-year-old Omar to accompany him.

The teenager became his tea boy, living in freezing huts and on meagre rations. He was later joined by his mother and siblings.

“I was in Afghanistan for five years,” he said. Omar learned to fire a Kalashnikov rifle and to drive a Russian tank, but he was disgusted when the fanatics started killing his pets to test chemical weapons.

He once recalled: “My father never asked me to join al-Qaeda, but he did tell me I was the son chosen to carry on his work.

“He was disappointed when I said I was not suited to that life.”

When asked today why he thinks his father chose him as his heir, he tells me: “I don’t know, maybe because I was more intelligent, which is why I’m alive today.”

I’m speaking to Omar in his studio in a rambling villa in Qatar, where he and Zaina — who live in Normandy, France — are on a short break.

He bears a striking resemblance to his infamous father, with a long, broad nose, but his eyes lack the al-Qaeda warlord’s sinister glint.

Omar and Zaina attended Qatar’s final World Cup group game against the Netherlands on Tuesday, an experience he described as “amazing”.

He tells me his father also enjoyed the sport, though he says of rumours that Bin Laden Senior was an Arsenal fan: “I never heard him say he liked this team or that team.”

Omar supports the World Cup being held in Qatar, saying: “Arab people are human too. Qatar is one of the greatest countries in the Middle East.

“They should have the right to invite the rest of the world to celebrate the World Cup here.”

On the face of it the son of history’s most infamous terrorist and the former Cheshire parish councillor 25 years his senior are an odd couple.

Yet they seem joyful in each other’s company, with Omar at one point serenading her with Queen’s Love Of My Life as we talk.

Zaina, an accomplished artist too, is a mum of three who once worked in interior design for light aircraft and later for the Citizens Advice Bureau after doing a psychology degree.

The great grandmother of three says: “My boys love Omar.”

She met him while horse riding near the Great Pyramid, in Giza, Egypt, in 2007 and they married soon after.

In 2010 they attempted to have a child together through IVF but the British surrogate mum miscarried their twins at ten weeks.

Today the couple are renovating flats in a 500-year-old building in Normandy to turn into holiday lets. They also plan to open a restaurant.

An anglophile, he dreams of visiting Zaina’s family in Britain.

After the Queen died he made a video tribute on Tik Tok, saying: “I loved the Queen.

“People come and go and she was always there. King Charles is very kind and welcoming to Arabic and Gulf people especially.”

Two years ago Omar was denied entry to Britain after the couple arrived by ferry at Portsmouth.

He said: “When I put my foot on English soil they took us straight away to the questioning room for many hours.

“But they were very kind and very respectful.”

The couple were sent back to France when Omar’s paperwork was found not to be in order. He is now applying for a British visa.

He hopes this interview will help him sell paintings. After our chat, his landscape of Tora Bora is finished — and signed OBL with a flourish.

See How They Kill Criminals Sentenced to Death In The United States.