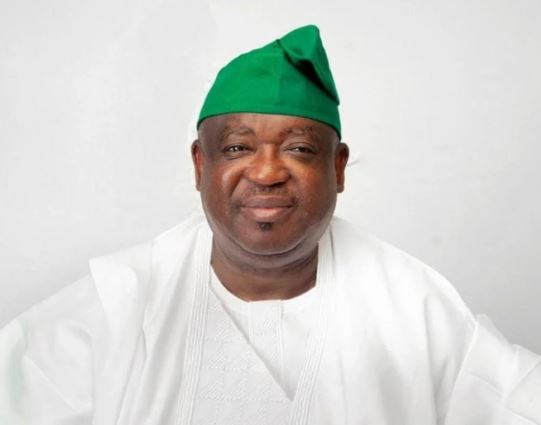 Mutfwang, on Saturday, said the only part of the nation’s economy that has flourished tremendously in the over seven years of the ruling All Progressives Congress (APC) administration is the kidnapping sector.

According to him, the aforementioned sector has generated billions of Naira for its “key players and their protectors”.

He also said the APC led administration has failed the citizenry “disastrously” especially in the most responsibility of protecting “citizens and their properties”.

Mutfwang disclosed this while inaugurating the Atiku/Okowa and Mutfwang Piyo Campaign Council in Jos, the State Capital.

He said, “This APC led government has failed disastrously in the most basic responsibility of protecting its citizens and their properties.

“The only part of the economy that has tremendously flourished is the kidnapping sector which today generates billions of Naira for the key players and their protectors.

“This is our sad reality! This is why our people have been yearning for a genuine change under an alternative platform”, Mutfwang explained.

According to him, “The PDP is that desired platform for the revival of the hope that Nigeria and indeed Plateau State will be great again!

“I therefore call on all who are still in the valley of indecision or have boarded their own ship to Tarshish to abdicate contributing to our success, please come back to Nineveh!

“It is time to arise and join this liberation train. The time for the deliverance of our people is Now! Let’s not waste this opportunity. The expectations of our people must not be disappointed”, he maintained.

“At this juncture, let me remind us that PDP has only one certificate of registration given by INEC. There cannot be two. This is why we have only one candidate for each position.

“The time has come to test our commitment to the ideals of our great party.

“Once primaries are concluded and candidates have emerged, we must show good sportsmanship by accepting the outcome and selling our candidates to the voters” he admonished.

“I want to therefore state crystal clearly that I will be leading the PDP family on the Plateau as I have always done, to vigorously campaign for all our candidates from the Wazirin Adamawa, Atiku Abubakar to the State House of Assembly members.

“I expect every genuine party faithful to join me because we shall run only one united campaign structure” he further admonished.

“We must eschew all divisive tendencies and unite under the tested symbol of the umbrella!

“While it is true that there are a few unresolved issues heré and there, | enjoin all in positions of responsibility to do the needful and sort them out speedily.

“May the Lord grant us the humility to accept blame where necessary and the large heart to forgive and let go”, he prayed.

Earlier in his remarks, State chairman of the party, Hon. Chris Hassan, urged members to close ranks and work assiduously for the success of the party come 2023.

Responding on behalf of the Campaign Council, Hon. Latep Dabang, who is the Director General said, “This singular ceremony that you have performed today marks the beginning of the funeral rights of the APC.

“We will do our best to ensure that we deliver from top to bottom”, he assured.