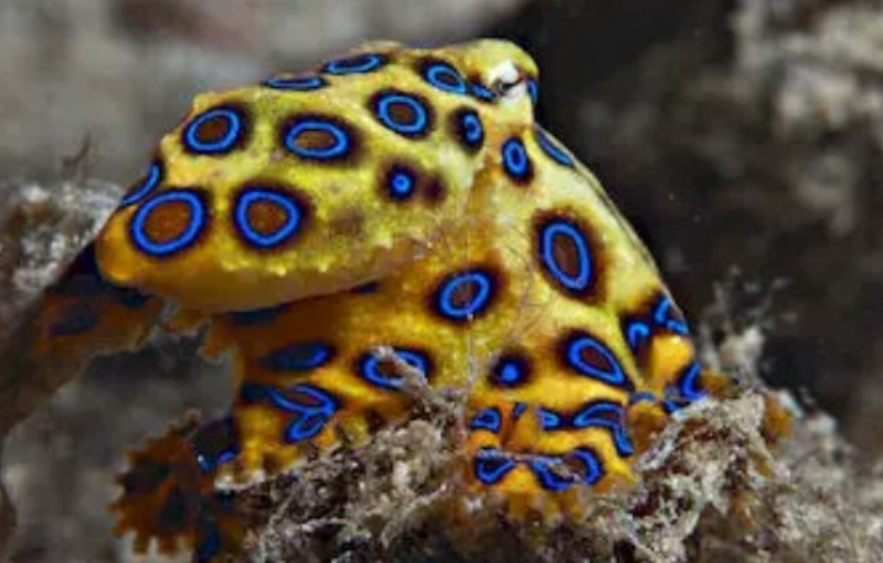 There are different animals in the world that many people of us don’t know. Some of them look harmless and calm but are very dangerous.

Here are 5 animals that if you see, you should run as fast as you can!

Many other frog species camouflage themselves in the wild, but the poison dart frog uses its brightly colored skin to warn predators that it is unfit to eat. The frog’s skin secretes a dangerous poison that can paralyze and even kill predators. There are more than 100 species of poison dart frogs.

Poison frogs are commonly called poison arrow and poison dart frogs due to native Indian tribes reportedly rubbing their arrow tips on the frogs’ backs before hunting. However, only three species have been documented as actually being used for this purpose, including the golden poison frog, the most toxic of all frog species. A single “golden poison frog” harbours enough poison to kill 10 grown men, making these frogs perhaps the most poisonous animals alive.

They keep their poison in glands beneath their skin, so any reckless human taking a bite would be in trouble immediately. What’s more, it’s not just adult frogs that are poisonous. Baby frogs are too.

Poison dart frogs are brightly coloured, with a wide range of patterns. Their colours include white, black, yellow, orange, red, green, blue and everything in between. In nature, bright colours are often a warning sign. Many animals are dishonest: they boast bright colours yet pose no danger. However, most poison dart frogs are not bluffing. Their colours send a clear and honest signal that would-be predators should avoid them.

We are about to enter the life of one of the most feared members of the Buthidae family, characterized by grouping scorpions very dangerous to humans. This arachnid is also called Palestinian yellow scorpion, and in English, it receives several names, but the best-known is Deathstalker.

Thanks to its name we know that it is yellow, but apart from that we can observe that the areas of its cephalothorax and abdomen contain evident horizontal stripes in gray color, interspersed with others orange-yellow. In the middle of this region, we can see a dark vertical line that extends from the head to the beginning of the tail. The tail has a dark part that contrasts with the yellow color of the rest of the body. This section is found just before the telson and is a way of identifying them, although it is not entirely reliable since other species also has this characteristic and cause confusion. However, it is a warning signal.

It’s poison is not common. It is composed of neurotoxins and a significant amount of cardiotoxins, which cause cardiovascular and respiratory dysfunction which can severely damage the body of sick or allergic persons or children. Its sting is very painful, but far from its alarming reputation, does not usually kill a healthy adult human. Nevertheless, the medical attention is necessary.

The blue-ringed octopus, though tiny, packs a lethal punch. Despite being absolutely adorable, it is one of the deadliest animals in the world. The little cephalopod doesn’t have razor-sharp teeth or even the ability to travel particularly fast, but it does produce a paralyzing neurotoxin that can leave unsuspecting company paralyzed — or dead.

Characterized by its blue and black rings which appear when the animal feels threatened, the seemingly harmless mollusk possesses a venomous neurotoxin, known as tetrodotoxin, which it releases through its salivary glands. Technically, all octopuses and cuttlefish are venomous, but the blue-ringed octopus can’t be compared.

Tetrodotoxin is 1,000 times more deadly than cyanide and the amount of poisonous liquid the little cephalopod carries can mean certain death for up to 26 people, or leave someone paralyzed for up to 24 hours after initial contact. Worse yet, there is no known antidote. A victim’s best bet is to get respiratory assistance immediately.

Of course, the animal’s ability to produce and secrete the venom is only one of its interesting characteristics. Indeed, the blue-ringed octopus’ hypnotizing appearance and dangerous internal functions are only half the story.

Brazilian wandering spiders, also called armed spiders or banana spiders, belong to the genus Phoneutria, which means “murderess” in Greek. And it’s no wonder why — it’s one of the most venomous spiders on Earth. Its bite can be deadly to humans, especially children, although antivenin makes death unlikely.

The Guinness Book of World Records has named the Brazilian wandering spider the world’s most venomous spider in multiple years. These arachnids are called wandering spiders because they do not build webs but wander on the forest floor at night, actively hunting prey. They kill by both ambush and direct attack. They spend most of their day hiding under logs or in crevices, and come out to hunt at night. They eat insects, other spiders and sometimes, small amphibians, reptiles and mice.

Because of the toxicity of their bite and their alarming-looking posture, these spiders have a reputation for being aggressive. But these behaviors are actually defense mechanisms. When threatened, they will raise their first two pairs of legs. This dramatic and intimidating posture exposes the scarlet hair surrounding the fangs on some species. Their threatened stance serves as a warning, indicating to predators that the poisonous spider is ready to attack.

Their bites are a means of self-defense and only done if they are provoked intentionally or by accident. Their venom is a complex cocktail of toxins, proteins and peptides. The venom affects ion channels and chemical receptors in victims’ neuromuscular systems.

After a human is bitten by one of these spiders, he or she may experience initial symptoms such as severe burning pain at the site of the bite, sweating and goose bumps, Sewlal said. Within 30 minutes, symptoms become systemic and include high or low blood pressure, fast or a slow heartbeat, nausea, abdominal cramping, hypothermia, vertigo, blurred vision, convulsions and excessive sweating associated with shock. People who are bitten by a Brazilian wandering spider should seek medical attention immediately.

They are dubbed the deadliest animals in the oceans.

They may not look dangerous, but the sting from a box jellyfish could be enough to send you a watery grave, that is.

Box jellyfish, named for their body shape, have tentacles covered in biological booby traps known as nematocysts – tiny darts loaded with poison. People and animals unfortunate enough to be injected with this poison may experience paralysis, cardiac arrest, and even death, all within a few minutes of being stung. But don’t choose the mountains over the ocean just yet. Of the 50 or so species of box jellyfish, also called sea wasps, only a few have venom that can be lethal to humans.

While box jellyfish are found in warm coastal waters around the world, the lethal varieties are found primarily in the Indo-Pacific region.

Box jellyfish have traits that set them apart from other jellyfish. Most notably, box jellyfish can swim—at maximum speeds approaching four knots—whereas most species of jellyfish float wherever the current takes them, with little control over their direction. Box jellyfish can also see. They have clusters of eyes on each side of the box. Some of these eyes are surprisingly sophisticated, with a lens and cornea, an iris that can contract in bright light, and a retina.

Their speed and vision leads some researchers to believe that box jellyfish actively hunt their prey, mainly shrimp and small fish.

6 Things your finger nails says about your health.