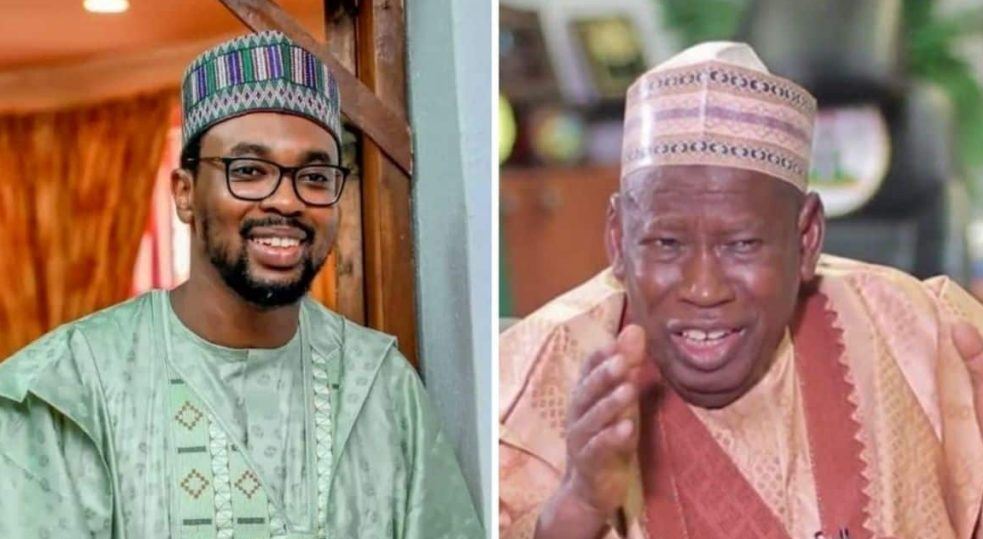 Abba Ganduje, the son of Kano state governor, Umar Ganduje has been accused by the New Nigerian Peoples Party (NNPP) of diverting State government-owned properties into his campaign.

Abba Ganduje is the All Progressives Congress, APC, candidate for House of Representatives, Dawakin Tofa, Rimingado and Tofa federal constituency in Kano State

The State chairman of the party, Hon. Umar Haruna Doguwa, who made this known on Thursday, alleged that over 30 vehicles from the Kano Internal Revenue Service (KIRS) have been diverted into the campaign activities of Ganduje.

According to the NNPP, it was gathered that the vehicles emblazoned with Abba Ganduje’s image, were to be distributed to the APC ward chairmen in Rimingado, Tofa and Dawakin Tofa Federal constituency.

“We, therefore, request the anti-graft agencies such as EFFC, ICPC and INEC to investigate mismanagement of State resources, conflict of interest and violations of election guidelines,” the statement added.

However, in relation to the allegations, KIRS in a statement issued by the Head of Corporate Communication, KIRS, Alhaji Rabiu Saleh Rimingado said there was no truth in the NNPP’s claim.

It warned that the service would take legal action to safeguard their hard-earned reputation, which according to them is being damaged by the opposition party.