The latest episode of Nima Denzongpa starts with Nima and her family is deciding on invitation cards for Manya’s wedding. Meanwhile, Sarla comes there and again gives some money to Nima and says it is Shagun for Manya. Sarla then says that she already knows that you will hesitate to take this money. Nima says we always remain on priority for you. Manya then asks Sarla if she has to dance at her wedding. Sunita says that we will dance together at her wedding. Sarla says that we need to practice. Get more information on Nima Denzongpa Written Update. 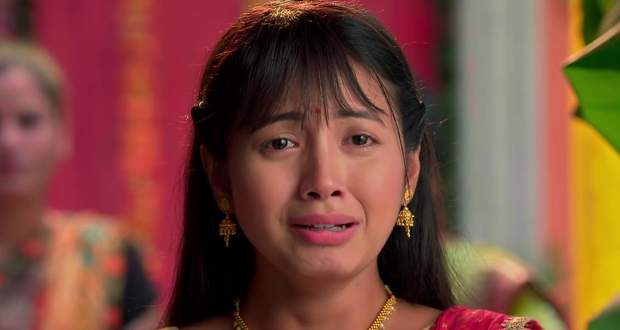 A few moments while Tulika comes along with Varun come there with food. Sunita tastes the food and teases that Tulika ordered from the restaurant. Tulika says no big deal just eat the food. Kanchan is sobbing badly and tells Shiv, she said that she is embarrassed as she couldn’t inform him that she is expecting a baby. Shiv asks why did she hide such a big thing from me. Kanchan says that she was thinking you were seeing Sia and she doesn’t want to be born this baby in this world.

Kanchan said that she used to think if you don’t love me then how could you love this baby. Shiv says that he already accepted you in his life and it will take some time to fall for you. I wasn’t prepared for this baby right now but I won’t snatch this world the baby. Shiv further says that they are the parents of this baby and will raise it together. Kanchan hugs Shiv and he says don’t try to hide anything from me in the future. Mayank fumes seeing them together again.

Tulika there asks Suresh to come to her house but Suresh gives a befitting reply to her and says Nima’s house is my house as my complete family including her daughter and mother are living here. Tulika says that she will try hard to become an idol wife but can’t see you with another woman. Suresh says that he is agreed with Tulika and he is thinking of giving her a chance. He goes to Tulika’s house along with her. He then sits on the bed and asks her to massage her feet like a decent wife. It seems that Suresh is going to taste Tulika her own medicine. Tune in to Colors Tv at 9 PM and watch the next episode. Stay connected with Social Telecast for more updates.