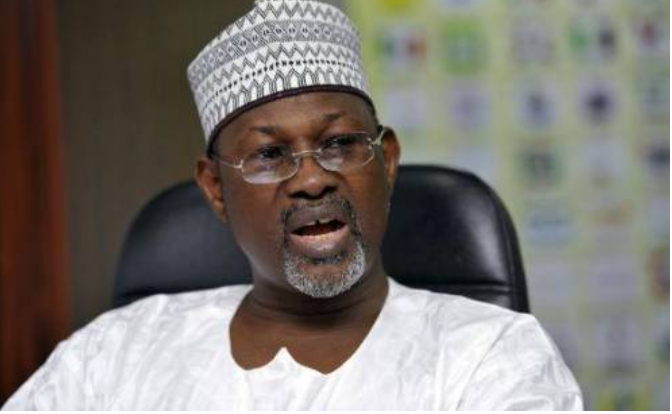 Attahiru Jega said the Federal Government must protect the commission to discharge its duties.

He blamed reckless politicians for attacks on INEC facilities across the country.

Jega said the Federal Government must protect the commission to discharge its duties.

He spoke during an interview with journalists during the public presentation of a book titled, ‘Post-Election Assessment of Conflict Management Mechanisms in Nigeria, 2019 and Beyond’, written by an international human rights organisation, Henry Dunant Centre for Humanitarian Dialogue.

The study, conducted by Professor Freedom Onuoha and Dr Gbemisola Animasaun in partnership with the Embassy of Federal Republic of Germany and the Governments of Canada and Norway, was aimed at ascertaining whether prevailing conflicts had a bearing on elections and their outcomes or not, among other objectives.

He stated that the country needed a secure environment to conduct free, fair and credible elections.

He said partly, “Unfortunately, what we are seeing is a criminal activity, but most likely promoted or sponsored by some of our reckless politicians and people who have recognised that a lot of reform measures have been introduced, which will prevent them from interfering with the electoral process.”

He was represented by the INEC Deputy Director (Voter Education and Publicity), Chukwuemeka Ugboaja.

He also assured that the commission’s server, especially its result viewing portal would be well protected from hackers, adding that “he won’t reveal to Nigerians how that will be carried out.”

A former Special Representative of the UN Secretary-general for West Africa and the Sahel, and a member of the HD Board, Dr Mohamed Ibn Chambas, in his keynote address, maintained that elections were often opportunities to address some of the underlying conflict dynamics in the society.

2023: You’re Wasting Your Time, Nemesis After You – Ohanaeze Tells Atiku