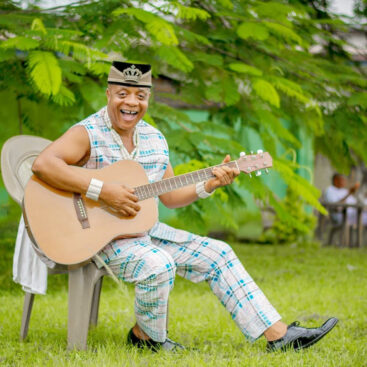 While the citizens of the nation celebrate the sovereignty of the nation, some Nigerians, are having a double celebration as their date of birth coincides with the Independence Day celebration.

Daily Trust highlights some Nigerian celebrities who were born on October 1, the country’s Independence Day.

The legendary highlife singer, Bright Chimezie was born on the day Nigeria got its independence. The musician who hails from Abia State became a household name when he became known for his style of music known as the Zigima Sound.

The Zigima sound is a genre of music which became popular in the Eastern part of Nigeria in the early 1980s. It is a mix of traditional Nigerian music and Igbo highlife fused with chanted vocals.

Bright Chimezie used it to revolutionize the musical structure in Nigeria with lyrics that focused on the social issues of the country in a rather funny way. He is also known for his dance steps. The entertainer is happily married to Chinyere Chimezie and they have five children.

Hollywood star, Hakeem Kae-Kazim, was born on October 1, 1962. The 60-year-old British-Nigerian actor is best known for his work in the Starz television series, Black Sails; and his portrayal of Georges Rutaganda in the 2004 drama film, Hotel Rwanda.

Kae-Kazim was born in Lagos, Nigeria, where he spent his early years before his family relocated to London, England. His interest in acting began with school plays and The National Youth Theatre, which is when he discovered that he had “a love for theatre, for acting”.

He trained at the Bristol Old Vic Theatre School, graduating in 1987 and was offered a space with The Royal Shakespeare Company, where he continued his classical training.

Popular Nollywood filmmaker, Abbey Jimoh, is also having a double celebration today as he marks his birthday and celebrates Nigeria’s Independence Day.

In an Instagram post on one of his birthdays, Abbey Jomo as he is fondly called referred to himself as a child born on the day of three festivities. He revealed that he was born on a Sallah day which fell on Nigeria Independence Day and also falls on a Friday, which is a big day for Muslims.

Born Abiodun Olanrewaju on October 1, 1962, the creative is an s an award-winning Nollywood actor, writer, producer, and director. he hails from Iseyin, Oyo State. He is known for “Ajadi Apere” (2018) and “Odada” (2018).

Abbey Lanre is a strong ally of Alhaji Taiwo Hassan popularly known as Ogogo and Yinka Quadri. He is a solid force to reckon with in the Yoruba movie industry.

How A Nigerian Farmer Drowned While Rescuing 8 Residents In Kaduna