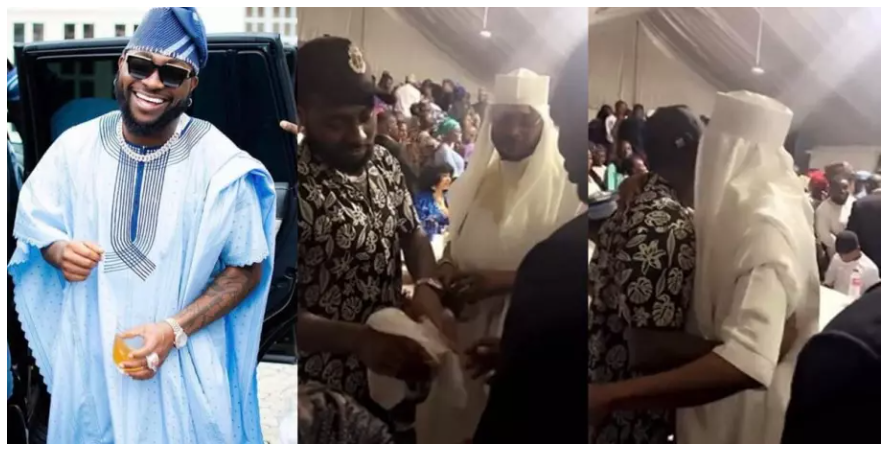 A recent video of the outstanding crooner, David Adeleke, professionally known as Davido covering his drink while exchanging pleasantries with the notable House of Reps member, Shina Peller has stirred reactions online.

As expected, following Davido’s debut appearance after the death of his son, Ifeanyi courtesy of his uncle, Ademola Adeleke swearing in as governor of Osun State, several videos of the crooner were made and are still surfacing one after the other.

In this short clip, Davido initially shook and embraced Shina Peller before reaching out for his drink which he duly covered with a white handkerchief.

The singer also refused to hand it over to a man who appeared like an aide rather he chose to give it to some other person that sat at their table.

Sharing the video, a Twitter user identified as @grasified claimed that the singer is being extra cautious this time around.

“Davido is staying guarded regardless. May God protect him and his family. #Chioma”

Davido is staying guarded regardless. May God protect him and his family. #Chioma pic.twitter.com/5eVlp7qSSO

In reaction to the clip, tweeps also supported the crooner’s action as they urged him to be much more cautious and on guard.

Rich And Beautiful Lady In Texas, USA Wants You, Are You Interested? – CLICK HERE TO CONNET NOW