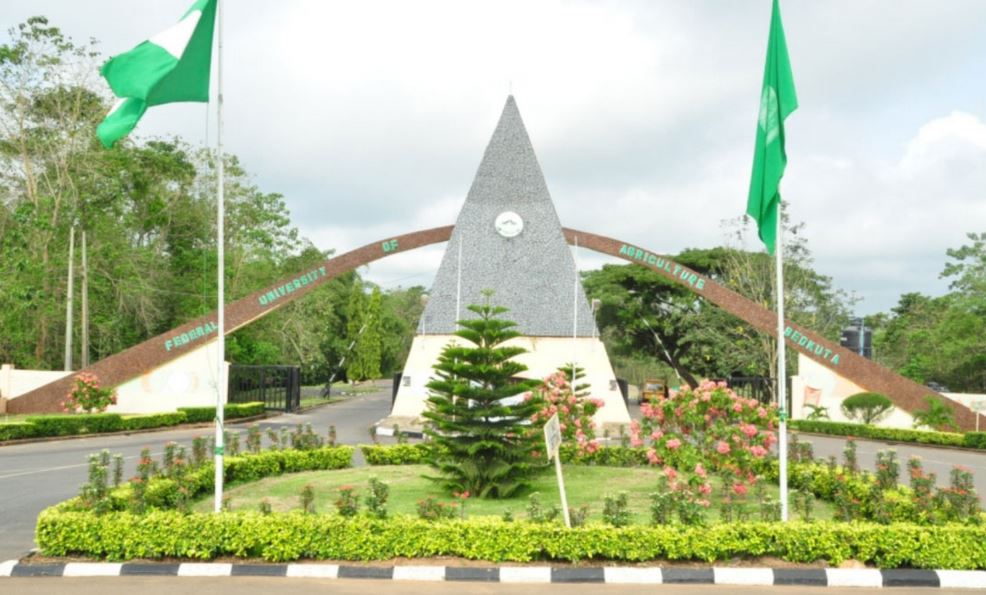 The Non-Academic Staff Union (NASU) of the Federal University of Agriculture Abeokuta, will commence a seven-day warning strike on Monday, October 24.

The national leadership of the Union issued a notice of one week strike to the management of the institution.

This was disclosed in a letter titled “Notification of a seven-day strike action”, signed by the Senior Assistant General Secretary, Damola Adelekun, and addressed to FUNAAB Vice-Chancellor.

The Union said they are going on strike over alleged poor welfare, “anti-NASU policies” and “undue interference in NASU activities.”

Other issues raised are, instigation of staff/members against the Union and its leadership, victimisation, stepping down, promotion and denial of career progression of one Mr. I.O. Odunjo and arbitrary arrest and detention of NASU members without any justification.

Adelekun revealed in the letter that, some complaints have been made against the office of the VC on the statutory procedure of welfare of NASU members at the institution.

The letter reads in part: “The union headquarters has been inundated with an avalanche of complaints against your exalted office over the statutory procedure of the welfare as the well-being of NASU members at the Federal University of Agriculture, Abeokuta.

“This your anti-NASU policies and illegality can be deduced from the following among others: (a) undue interference in NASU activities (b) instigation of staff/members against the Union and its leadership (c) victimisation, stepping down, promotion and denial of career progression of Mr. I.O. Odunjo (d) arbitrary arrest and detention of NASU members without any justification (e) suspension of four (4) NASU members as a result of their participation in 2019 National JAC of NASU and SSANU Industrial action etc.

“In view of the above, I am on the directive to inform your office and NASU members have been directed to proceed on a 7lseven-day strike over the above issues listed and the industrial action is to commence on Monday, 24th October 2022.”

In reaction to the NASU letter of notification, the management of the FUNAAB has appealed to the union to put off the proposed strike.

The management of the institution explained that a meeting had been held with the leadership of NASU-FUNAAB to ensure peace and tranquility on the campus.

The reply letter read in part: “Management, therefore, appealed that the Union should stay action on the proposed strike by the Non-Academic Staff Union of Education and Associated Institutions (NASU), FUNAAB branch.

“It was agreed that the university management will constitute a committee that will look into the issues with a view to reaching mutual understanding on them.”

Ooni of Ife To Marry Sixth Wife On Monday

Do I Look Sick, I Am Running For President Not WWE – Tinubu To Supporters (Video)